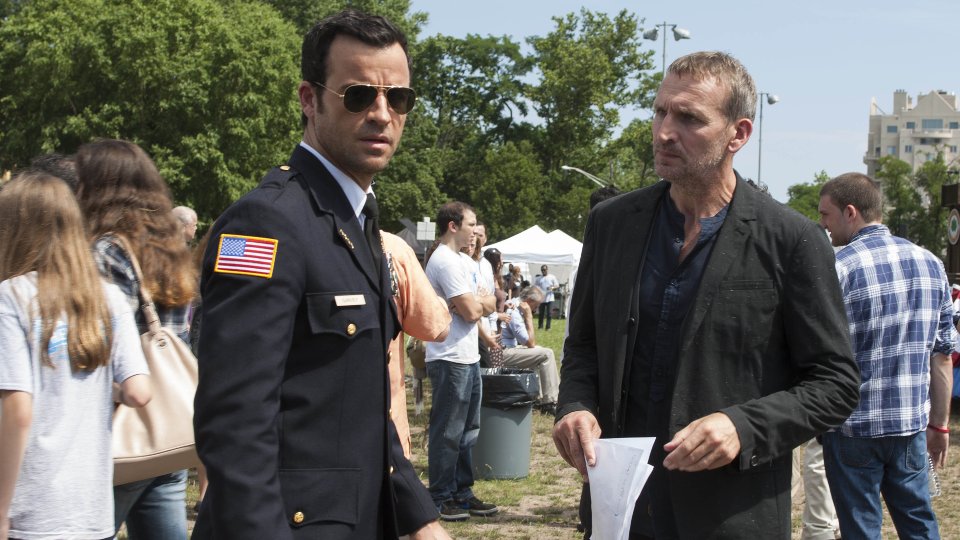 The Leftovers, based on the novel by Tom Perrotta proved to be very divisive viewing when it debuted last year. Defying genre, the 10-episode first season was as critically-acclaimed as it was derided and viewers either loved or hated the show. The Leftovers tells the story of a world where two percent of the population suddenly disappears after an event known as the ‘Sudden Departure’. The small town of Mapleton, just outside New York, is the focus of the first season as the residents try to rebuild their lives after the shocking and devastating event.

Police officer Kevin Garvey (Justin Theroux) and his family are at the centre of the story. As he tries to look after his daughter Jill (Margaret Garvey), Kevin also has to deal with his AWOL son Tommy (Chris Zylka) and the absence of his wife Laurie (Amy Brenneman), who has joined a cult known as the Guilty Remnant. Elsewhere in the town Nora (Carrie Coon) tries to deal with the disappearance of her husband and two children, and she teeters on the edge of destruction to try and find meaning again in her life. There’s also Nora’s brother Matt (Christopher Eccleston), a former reverend whose wife Mary (Janel Moloney) was left in a vegetative state following a car accident during the ‘Sudden Departure’.

There’s no doubt about it, The Leftovers is an unusual show. The pacing can be fairly slow and the show has been accused of being boring in parts. We actually found it pretty fascinating as it poses the question ‘what would you do?’ in the wake of the ‘Sudden Departure’. For the people of Mapleton they all cope in different ways but many of them try to find sense and meaning in what’s happened. Kevin is one of the most together characters in the show and he can’t understand why his wife has decided to desert her family to join a non-speaking cult led by the feisty Patti (Ann O’Dowd).

As the residents try to move on with their lives, the Guilty Remnant constantly remind them of what they’ve lost, scuppering the chances of those left behind leading normal lives once again. They also target people in the town, including Meg (Liv Tyler), a young woman who abandons her plans to get married and joins the cult. As the season progresses the tension between the Guilty Remnant and the town escalates leading to a shocking confrontation towards the end of the season.

One of the things we liked about The Leftovers is its narrative device. Episodes focus on different characters and you see things from lots of different perspectives. Nothing is as clear-cut as it first seems and you’ll be surprised at who you end up sympathising with. If you put yourself in the shoes of the characters you’ll start to understand why they are acting in the way they are.

At the centre of it is strong performances from Justin Theroux and Carrie Coon. The two actors share little screen time together for the early part of the season but the lives of their characters become intertwined as it progresses. Ann O’Dowd is the standout as Guilty Remnant leader Patti and her performance is a tour-de-force. Amy Brenneman also impresses despite barely uttering a word for the entire first season as Kevin’s estranged wife Laurie.

Special features on the release include commentaries on the pilot and season finale, two behind-the-scenes featurettes, a conversation with Damon Lindelof and Tom Perrotta, and a look at the second season of the show.

The Leftovers is definitely an acquired taste but it’s a show that is hugely rewarding if you give it a chance. It packs an unexpected emotional punch and is full of fantastic performances from its cast. Be warned that it is a slow build but the payoff more than makes up for it. We’re already hooked on the show’s second season, which is airing on Sky Atlantic HD now.