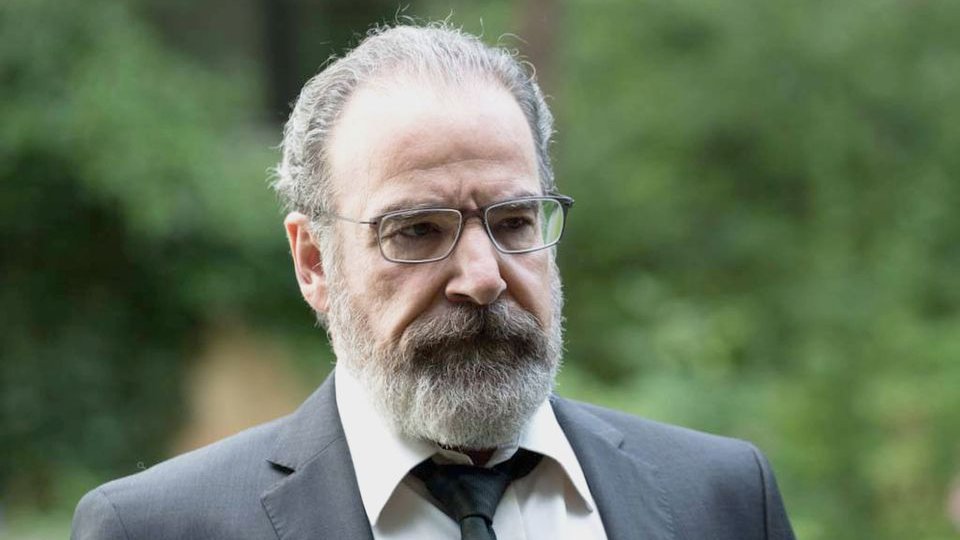 In Episode 3 Carrie (Claire Danes) sent her daughter away to keep her safe, came off her meds and began trying to workout who wanted her dead. At the end she was tracked down and taken by Quinn (Rupert Friend).

In Episode 4 Carrie awoke disoriented from the sedative Quinn gave her. She found herself in a strange room and was cable-tied to a bed. Quinn explained she was on a kill list and then using his own blood staged a photograph that looked like he’d killed Carrie to buy her some time.

Quinn explained how his new assassination gig worked and that he thought it must have been Saul (Mandy Patinkin or someone higher up who ordered her dead. Carrie refused to believe that such an order would have come from Saul.

Quinn suggested that she disappear and had Carrie activate her fallback plan. This set her up with a new identity and disguise that saw her don a new brown wig. Before disappearing she made a video to send to her daughter if something were to happen to her. She also refused to leave until she had confirmed that Saul was behind adding her to the kill list.

Eventually Quinn took her to his mission drop-off point to leave the staged photo of Carrie. They wanted to draw out whoever was behind the mission to take out Carrie. While accessing his lock-box one of the hotel staff contacted someone to let them know Quinn was there. Within minutes an assassin was dispatched to take Quinn out.

Luckily Quinn spotted him just in time and so did Carrie. She drove into the back of the assassin’s car throwing off his aim. It resulted in Quinn taking a bullet to his abdomen instead of through the face and saved his life. He managed to kill the assassin and Carrie took his phone and used it to take a photo before helping Quinn get away from the scene.

Elsewhere Saul and Allison (Miranda Otta) were busy executing a plan to try and bring peace to Syria. They wanted General Youssef to replace Assad and he happened to be in town as his daughter required kidney transplant surgery. What he didn’t know is that the facility he brought her to is run by the CIA. While he’s there Allison and Saul were able to talk to him discretely to put their plan to him.

Journalist Laura Sutton (Sarah Sokolovic) was disappointed to find that the flash drive given to her by the hacker last episode is empty. With no way of contacting him she visited another hacker named Sabine to try and track him down. Sabine used her elite hacking skills (asking on a chat room) to find him. Online he goes by the name gabehcoud (douchebag backwards) and they spoke. It turns out he didn’t know the drive was empty and has been double-crossed by his friend, Korzenik.

He got in touch with Korzenik via his webcam girlfriend. He was off meeting some really scary Russians in the hope of making a pile of cash. He’s not so smart though and it ended up getting him and his girlfriend killed.

After patching Quinn up, Carrie turned her attention to the phone taken from the assassin. She found just a single entry in the phonebook and decided to call it. On the other end of the line was Allison! Has she been working against the CIA this whole time?

Finally, as the General took to the skies with his $10million in cash his plane exploded. Guess it’s back to the drawing board for Saul.

The next episode of the season is Better Call Saul. The hacktivists rise up, and Quinn covers for Carrie. Meanwhile, Alison and a furious Dar must attempt to assess the recent damage.

Tune in to Channel 4 at 9pm on Sundays to watch Homeland Season 5. Preview episode 5 with our gallery below: