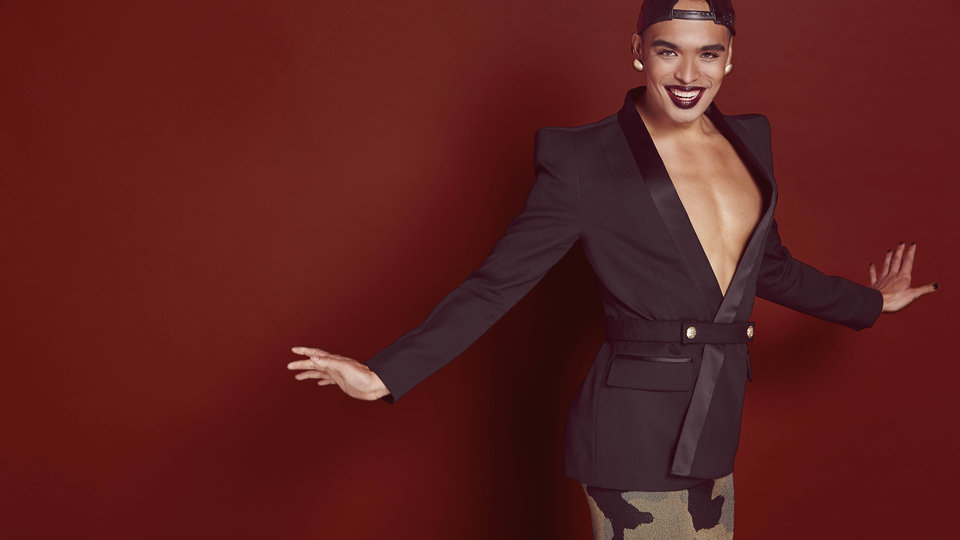 The X Factor 2015 live shows kicked off tonight with the finalists performing on The X Factor stage for the first time for the public and the studio audience.

Tonight’s theme is ‘This Is Me’ with the contestants performing songs that reflect them. Simon Cowell, Cheryl Fernandez-Versini, Rita Ora and Nick Grimshaw are back on their seats coaching this year’s finalists.

The song: I Am Every Woman – Chaka Khan (Whitney Houston version)

Our verdict: We thought Lauren sounded great and as always she brought a big smile on our faces. The song suited her vocals and was a great way to show off the young singers talent.

The Comments: Cheryl said that it was the most confident first live show performance she ever saw. Simon said he loved it and that the vocals were amazing but that her stage presence needed to be worked on.

Our verdict: We enjoyed the reggae version of Adele’s smash hit and Max really gave it his all right at the end where we could feel his passion shining through.

The comments: Nick said that he thought he was having a great time on a holiday, whilst Cheryl said that the reggae version didn’t work for her and didn’t suit the song. Simon said that he was drawn to Max’s voice and that it was not karaoke music.

The song: Do It Like A Dude – Jessie J

Our verdict:  Alien Uncovered have been the band to watch this season and at the first live show they didn’t disappoint. The band delivered just as expected and outdid themselves. The raw version of the song the girls sang worked well with their style.

The comments: Simon said it was really annoying because ‘everything was so good’ and thought they could be the winners. Nick also loved it and said that their performance made him want to go out and dance. Rita said it was a good song choice and applauded the girls independence. Cheryl also said she was proud of the band.

The song: Crying For No Reason – Katy B

Our verdict: Kiera looked stunning on stage but we weren’t really convinced by her performance. Usually the young singer is more passionate and it was a real shame that she seemed a little nervous too.

The comments: Cheryl thought the song suited Kiera and that she belonged on the stage. Simon thought that she needed to do better than that and that she couldn’t compete with the bigger singers. Nick said she looked beautiful and he’s always been rutting for her but the song didn’t suit her. Rita said that she should be proud of that performance.

The song: Dance With My Father – Luther Vandross

Our verdict: Vocally, Anton is one of the heavyweights of the competition and his song choice was perfectly suited to his style. We loved the passion that he oozed, which made us emotional.

The song: Tears Dry On Their Own / Ain’t No Mountain High Enough – Amy Winehouse / Marvin Gaye

Our verdict: Another great singer in this years competition is Ché whose song choice was commendable and showed off his vocals but what we enjoyed the most was seeing his most confident performance so far.

The comments: Rita said that it was very well done. Cheryl said that his vocals were the best they’ve had on the show. Simon said that he was surprised by his performance and that he loved it. Nick also loved the song choice.

Our verdict: Mason Noise cleverly decided to pick an apologetic song so he could apologies to the nation live repeatedly. He’s vocals we thought were not the best of the competition and his attitude was missing but it was a good performance. That said we do enjoy Mason’s bad boy attitude and think that he might be worth a shot.

The comments: Rita said that she didn’t want people to think about the six chair challenge drama anymore. Cheryl said that Mason was potentially a superstar waiting to be discovered. Simon said that he was thrilled to see him back in the competition.

The song: It Wasn’t Me – Shaggy

Our verdict: Reggie ‘n’ Bollie are a force to be reckoned with, even though these guys don’t possess the vocal prowess other competitors, they always give 100% and watching this duo sing is just pure joy.

The comments: Simon said he was irritated because they were so good and Nick said he didn’t think they were a novelty act at all. Rita told the boys to keep being themselves. As their mentor Cheryl said that their performance was ‘sick’.

Our verdict: We’ve loved Louisa since her first audition and we thought her stage presence was amazing and her vocals flawless. That being said we thought that the young singer could have maybe picked a more contemporary song as her first.

The comments: Cheryl thought Louise had star quality even though she is the baby of the competition. Simon said that we had just witnessed the birth of a star. Nick said that her performance was very focused and phenomenal.

The song: You’re A Wonderful One – Marvin Gaye

Our verdict: Bupsi got on stage with her confidence but the song seemed to overpower the singer. We thought the singing was good but didn’t get blown away by the performance.

The comments: Nick said that he wanted more nasty but that she was good. Rita said that the song wasn’t great and that it sounded a little like karaoke. Simon said that he could feel that she was intimidated and that maybe he didn’t pick the right song for her.

Our verdict: The first thing we have to comment on is the girls brand new style, which is hot! Vocally the group was flawless and we loved the girls rapping. 4th Power are undeniably one of the contestants to watch in this competition.

Our verdict: We were glad to see Monica back in the competition and we thought she was brilliant on stage. The North London girl did herself proud and looked spectacular.

Our verdict: Another contestant we have soar spot for is, Seann Miley Moore, who not only looks absolutely bonkers but also has the vocals to match his extravagant personality. Even thought Seann has been a strong contestant throughout we thought this was one of his weaker performances and a little too cabaret for us.

The comments: Rita said he was an artist and that she wanted to take part in it.  Cheryl said that everything was outstanding and that she was hypnotised. Simon said that Seann was like Marmite, either you love it or you hate it and Simon loved it. Nick said that he did a great job taking on such a big song.