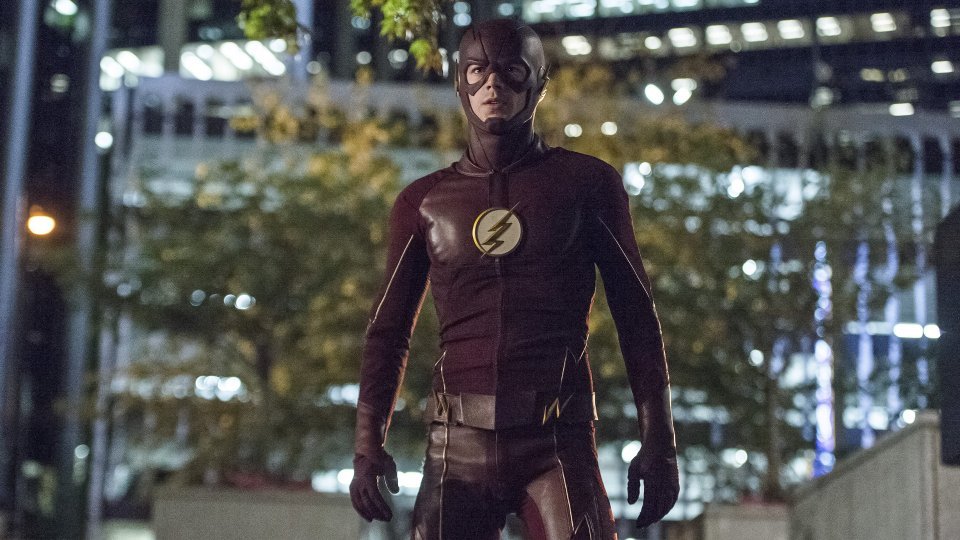 Barry (Grant Gustin) had to help his frenemy Captain Cold (Wentworth Miller) on the latest episode of The Flash.

After Lisa Snart (Peyton List) turned up at S.T.A.R. Labs asking for help, Barry and the team realised that Captain Cold was being blackmailed by his father Lewis (Michael Ironside). Having planted a bomb in Lisa, Lewis was using her as leverage to get Captain Cold to help him steal diamonds. Barry managed to infiltrate Lewis’ crew but was left shocked when Captain Cold killed his father.

Elsewhere in the episode Jay (Teddy Sears) stabilised one of the singularities allowing him to get home but he agreed to stay and help the team deal with Zoom. Joe (Jesse L. Martin) told Iris (Candice Patton) the truth about her mother and Dr. Stein’s (Victor Garber) condition worsened. Dr. Wells (Tom Cavanagh) made a brief appearance when he arrived through the singularity at the end of the episode.

The next episode of the season is The Fury of Firestorm. Barry and the team desperately search for another Firestorm match for Dr Stein. Plus, Barry and Patty grow closer.

Tune in to Sky 1 HD at 8pm to see the episode. Preview it with our gallery below: