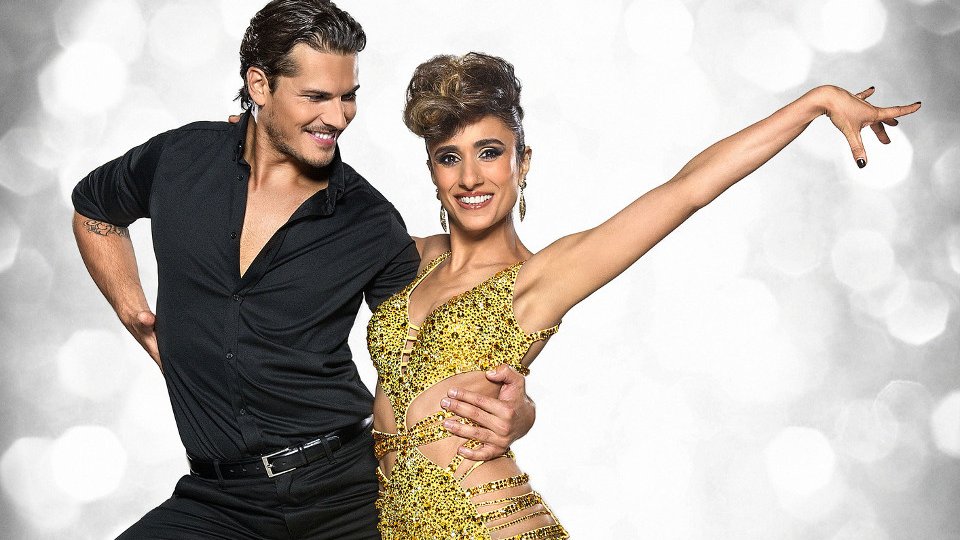 Strictly Come Dancing 2015 is nearing its annual Halloween Special and ahead of Saturday’s show all of the dances and songs have been revealed.

There are 11 couples left in the competition and there’s still everything to dance for. As the past few weeks have shown us, nobody is safe and after waving goodbye to Ainsley Harriott and Natalie Lowe last week, the competition has really become fierce.

Take a look at what you favourite couple will be dancing:

Anita and Gleb are dancing a Waltz to Once Upon A Dream by Lana Del Rey.
Carol and Pasha are dancing a Rumba to I Think I Love You by The Partridge Family.
Georgia and Giovanni are doing a Tango to Ghostbusters by Ray Parker Junior.
Jamelia and Tristan are dancing a Jive to The Time Warp from the Rocky Horror Picture Show.
Jay and Aliona are dancing the American Smooth to Lil Red Riding Hood by Sam the Sham and The Pharaohs.
Jeremy and Karen are doing a Salsa to Thriller by Michael Jackson.
Helen and Aljaz are dancing a Samba to Take Your Mama by Scissor Sisters.
Katie and Anton are dancing a Paso to Phantom Of The Opera by Steve Harley and Sarah Brightman.
Kellie and Kevin are dancing a Paso to Schools Out by Glee Cast and Hedwig’s Theme by John Williams.
Kirsty and Brendan are dancing a Charleston to Bad Romance by Scott Bradlee’s Postmodern Jukebox.
Peter and Janette are dancing a Foxtrot to Ghost by Ella Henderson.

Tune in to BBC One at 6.35pm on Saturday night to see the Strictly Come Dancing 2015 Halloween Special.