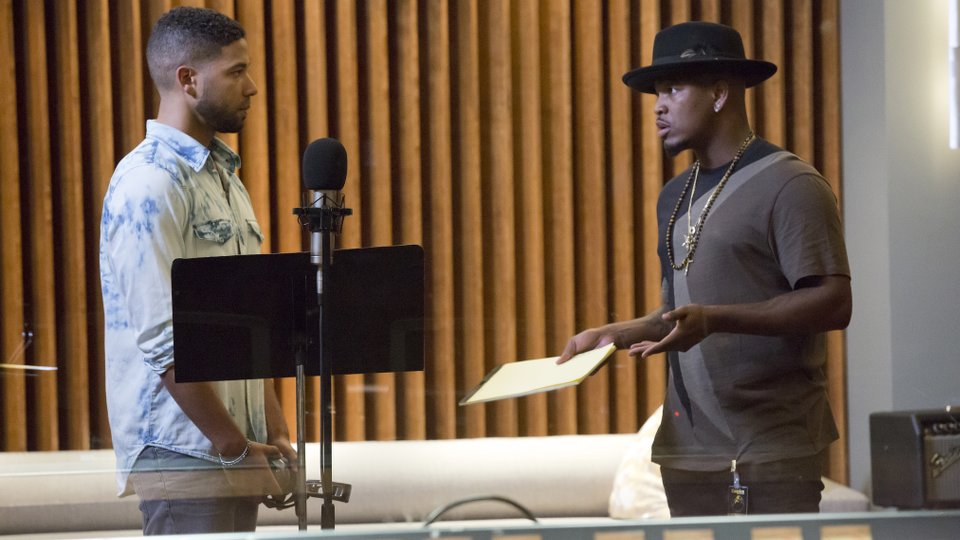 The Lyons were forced to pull together on the latest episode of Empire after Roxanne (Tyra Ferrell) led an FBI raid on both companies.

As they tried to deal with the situation Mimi (Marissa Tomei) and Lucious (Terrence Howard) decided to make a music video with Jamal (Jussie Smollett) and Hakeem (Bryshere Y Gray) to go with Hakeem’s leaked album. On the set things soon boiled over with the brother’s coming to blows.

Elsewhere Cookie (Taraji P. Henson) was arrested as Roxanne piled on the pressure to get to Lucious, Andre (Trai Byers) came clean to Lucious about Vernon’s (Malik Yoba) death and dug up the body before placing it in Roxanne’s car, and Anika (Grace Gealey) attempted to return to Dynasty but was turned away by Cookie.

The next episode of the season is Be True. Cookie and Anika throw a big event to launch their company. Hakeem begins a romance with the lead singer of his girl group. Jamal works on his music.