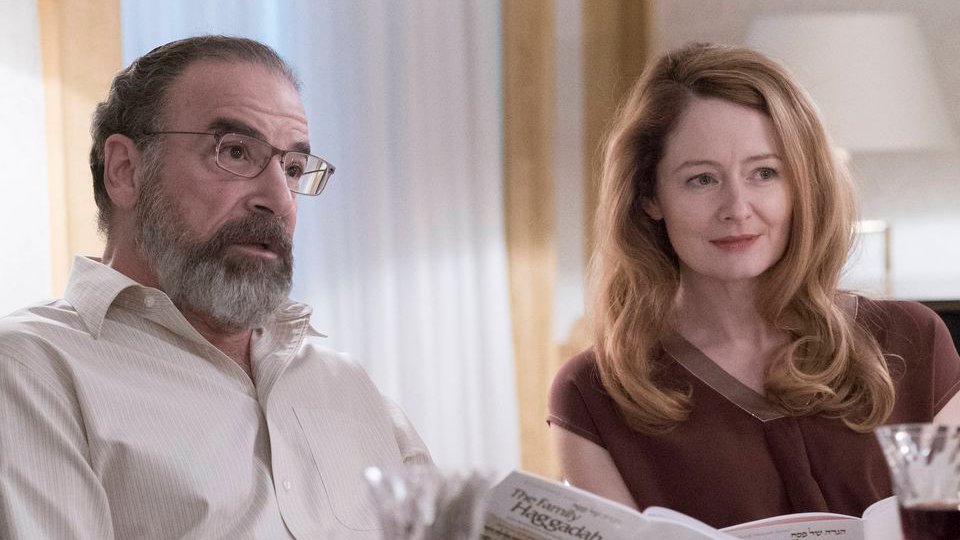 In Episode 2 Carrie (Claire Danes) found out that she was the target of the assassination attempt in Lebanon. Also we saw Quinn (Rupert Friend) get his next assignment which looked to be Carrie.

Episode 3 opened up with Carrie, along with her boyfriend Jonas (Alexander Fehling), watching her daughter sleeping. Knowing that her life was in danger Carrie was getting ready to send her back to the US for safety.

Saul (Mandy Patinkin) was looking for Carrie to discuss Lebanon and grilled Düring as to her whereabouts. He wouldn’t help Saul but instead helped Carrie to get her daughter out of the country to her sister via one of his private jets.

Saul and Allison (Miranda Otto) had a brief run in over her call to Dar Adal (F. Murray Abraham). She thought she would be forced to leave but Saul said he wanted her to stay and that he was cooking up a plan. Later it was revealed that the pair are sleeping together.

Allison’s team were monitoring Laura Sutton (Sarah Sokolovic) but lost her during a fire drill. She was contacted by the German hacker who gave her the rest of the confidential documents.

Carrie decided she would only be able to solve who wanted her dead by coming off her Lithium. She’s at her most creative without her meds but it’s a fine line and she is also a danger. She confides in Jonas to help monitor her and manage her condition.

Quinn appeared to be following a woman and her son. Later he kidnapped the boy and told his friends to tell his mom he was arrested. It turned out that the boy was the son of Jonas’s ex. By kidnapping him Quinn was able to trace his mom’s phone to find out where Jonas and Carrie were hiding out.

After struggling to cope with Carrie going through one of her manic phases, Jonas left her to go and check his son was ok. Carrie was convinced someone would now come for her and hid in the woods with a sniper rifle.

Carrie was correct as Quinn came looking. As he approached, not knowing who it was, Carrie shot him in the back. He survived thanks to a bulletproof jacket and was able to render her unconscious. We’re presuming he will help her rather than kill her.

The next episode of the season is Why Is This Night Different? Carrie cannot find answers; Saul and Allison run an operation.

Tune in to Channel 4 at 9pm on Sundays to watch Homeland Season 5. Preview episode 4 with our gallery below: