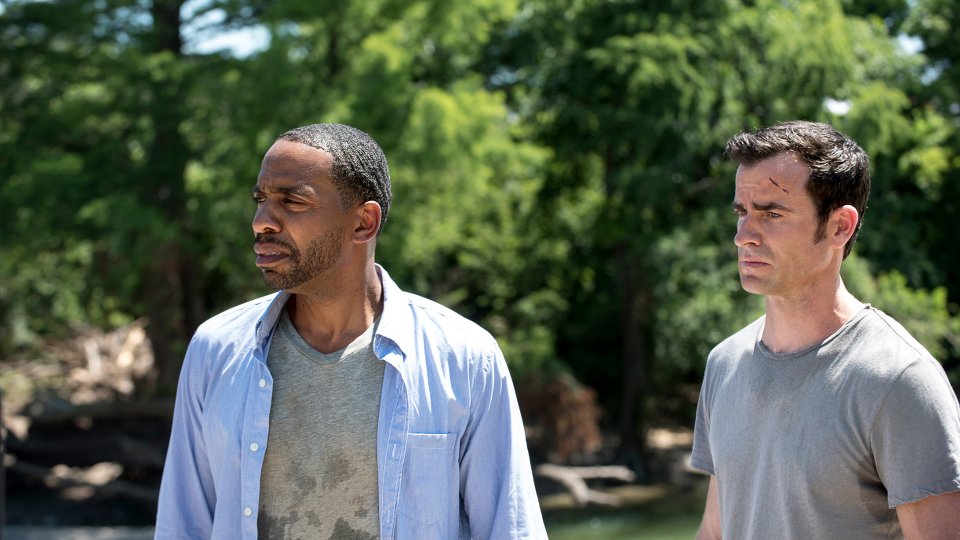 Laurie (Amy Brenneman) and Tommy (Chris Zylka) were the focus of the latest episode of The Leftovers.

The mother and son were reunited after Laurie left the Guilty Remnant and started a support group for ex-members. Laurie was also writing a book about her experiences with the Guilty Remnant and had an important meeting with a publisher. While she was focusing her attention on a new recruit, who eventually killed herself and her family, Tommy was recruiting new members but got caught and confronted in a weird sexual encounter with Meg (Liv Tyler).

Laurie eventually snapped under the pressure during her meeting with the publisher and wound up in prison after attacking him. Realising they needed a new way of recruiting people, Tommy lied to the group telling them he had taken on Holy Wayne’s (Paterson Joseph) healing powers.

The next episode of the season is Orange Sticker. In the midst of an earthquake, Nora (Carrie Coon) awakens to find Kevin (Justin Theroux) missing and her hopes of safety in their new town dashed. The Murphys are left reeling after Evie’s disappearance. Kevin returns home but without his memory of the night before or his cell phone, which would link him to the missing girls. Meanwhile, an old enemy makes her return in an unexpected way.