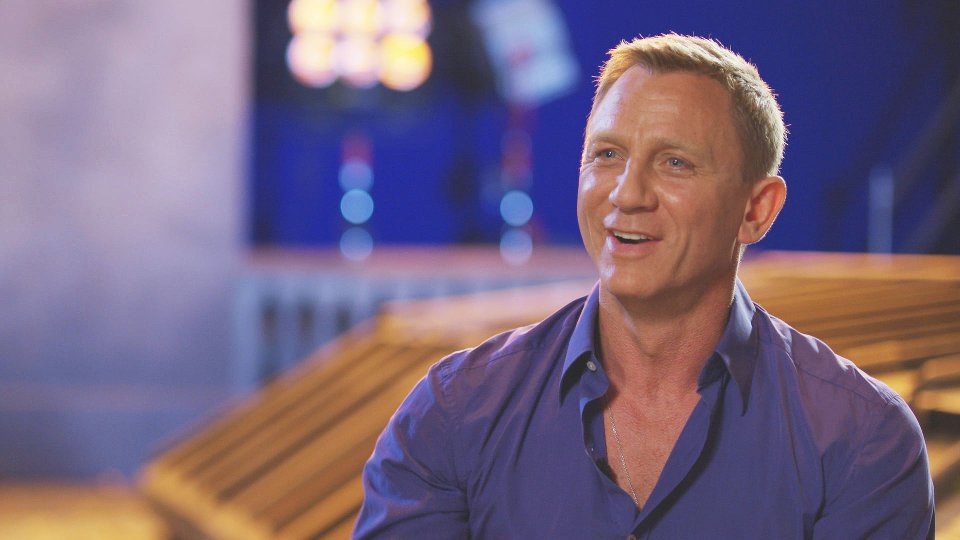 The exclusive one-off special airs on Saturday night on ITV and sees the star opening up about the new movie.

Talking to Jonathan about working with director Sam Mendes again, Daniel says, “We [Sam and I] both were kind of on the same page… that you’ve got to start with the character, what does that character do? What is his emotional journey? And then have that in a Bond movie.”

“That wouldn’t be the reason I would avoid him,” Daniel replied, “That would be low down the list
of reasons ‘no he’s so emotionally closed’ [he laughs]. The fact that he kills people three times a
week… I’ve been fortunate I suppose to meet quite a few guys from MI6 and they always impress
me, they’re very together people, way more together than I could ever hope to be. I don’t know,
it’s one of those things – he’s fun at a party but don’t stay too late.”

During the interview Daniel also promises that the new film will have the gadgets and gimmicks associated with the franchise. “I can’t really reveal anything but needless to say we haven’t shied away from [them]… We wanted to embrace it a bit more, traditionally Q has always been older than Bond and we’ve got a brilliant actor in Ben [Whishaw] and we wanted to use him and what he’s about and we’ve got a few things that I think you’ll like.”

Naomie Harris returns as Moneypenney for Spectre. Daniel talked about the relationship between the character and Bond. “There is a great working relationship that’s a big flirt and it’s great to play and Naomie [Harris] does it brilliantly but also we get her involved in the story and we don’t have her sitting at the desk outside M’s office all the time – although there’s bits of that – and there’s very funny bits of that, but she’s in the field and that’s how we started the character out and when you’ve got as good an actress as Naomie, you want her in the movie.”

Spectre is due to be released in UK cinemas on 26th October 2015.