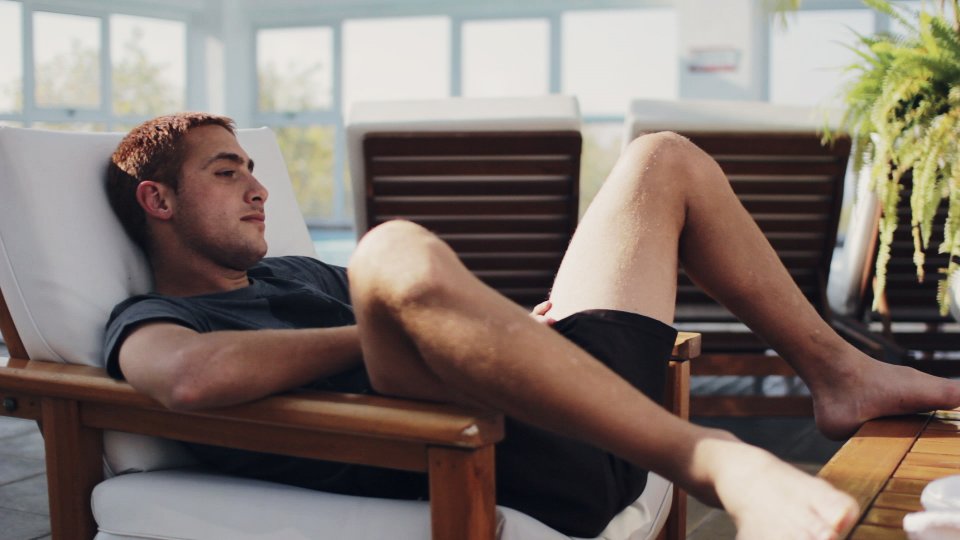 Film-maker Martín Farina always dreamed of playing football professional but he never quite made it. His brother Tomás plays for an Argentinian football team and is the subject of new ‘fly-on-the-wall’ documentary Fulboy. Tomás allowed his brother to film him and his team-mates off the pitch to get an insight into the lives of professional footballers when they’re not focused on the game. Fulboy is an attempt to offer a glimpse into their world through the eye of Martín’s voyeuristic lens.

On paper Fulboy sounds like it should be a must-watch documentary. A slightly homo-erotic depiction of life as a professional footballer featuring lots of hot, young players is very appealing but sadly Fulboy isn’t quite what you expect. Aside from Martín’s lingering camera shots, which for the most part focus on close-ups of various body parts, there’s nothing particularly gay about this documentary. Sadly there’s nothing particularly that interesting either and watching the football players larking around, enjoying banter with one another and talking doesn’t make for thrilling viewing.

With the exception of a few shots of the players naked in the showers and the changing rooms, there’s very little titillation to get excited about. Now we can appreciate a film aimed at a gay audience shouldn’t be all about nudity but there’s not much else going on in Fulboy. The conversations between the players don’t feel all that natural and the documentary feels like constructed reality along the lines of the many crass TV shows that fill up our TV schedules on a weekly basis. There’s nothing deep and meaningful here and the players don’t really have a lot to say for themselves.

It makes for slightly uncomfortable viewing when Martín films his own brother naked but we guess you could argue that he’s treating all of the players the same. Still it leaves a strange taste in the mouth and it made us a little uncomfortable. Having said that Martín provides some interesting camerawork often placing the camera in positions that capture the physiques and admirable assets of the players in the best possible way.

Fulboy isn’t at all what we were expecting if we’re being honest. There’s not enough substance to feel like you’ve really understood life as a professional footballer and it’s not quite gay enough to watch for the visuals alone. It kind of falls in between an odd place and succeeds as being not much of anything other than 80s minutes of pure randomness.

Watch the trailer for Fulboy below: