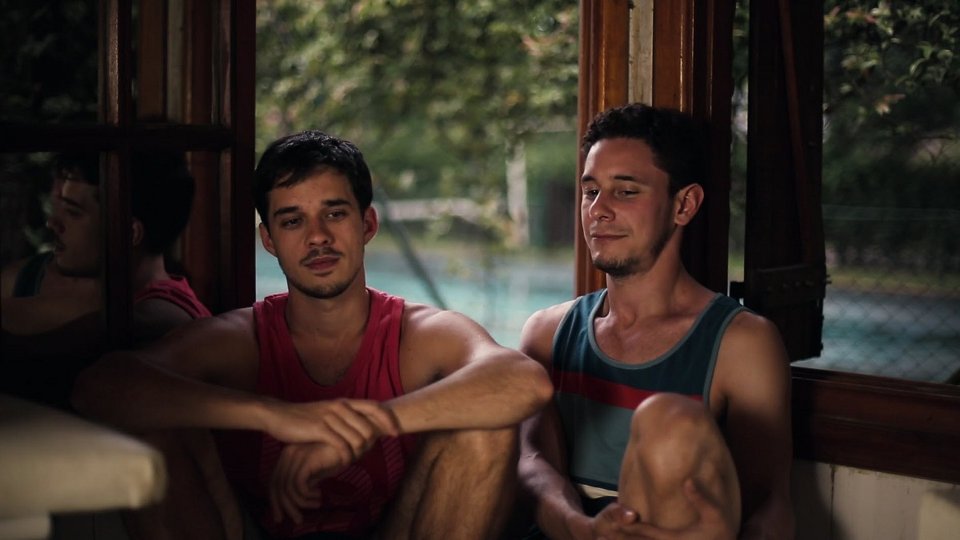 When German (Gabriel Epstein) is invited on vacation by his new friend Fernando (Lucas Papa), he accepts but fails to mention that he’s gay and has a crush on him. Thrust into a house full of sex-obsessed straight men, German decides to keep his sexuality secret whilst he determines whether or not Fernando may be interested in being more than friends.

Taekwondo is a collaboration between Marco Berger (Plan B) and Martin Farina (Fulboy). Berger has specialised in creating films that explore sexual tension between men, often men consider themselves to be straight whereas Farina was the man behind the homoerotic love letter to buff football players. With Taekwondo they explore both of their strengths with German and Fernando providing the sexual tension and the rest of the men giving plenty of guy candy.

There isn’t all that much here in the way of story. Essentially German looks on as the various men get naked, talk about their sex lives and enjoy banter with one another. As the outsider he isn’t asked all that much about himself, instead getting to observe everyone else. Several opportunities to be alone with Fernando present themselves and German takes full advantage of them but it remains unclear whether his new friend is interested or just tactile.

The pace of Taekwondo is glacial and if you’re a fan of fast-paced movies with plenty of story then this likely won’t be for you. However if you like to appreciate the bodies of very fit men and enjoy homoerotic tension then there is much to enjoy. The will-they-won’t-they of German and Fernando almost takes a backseat to the stunning visuals but that question is answered by the closing credits, and to my mind it was satisfying.