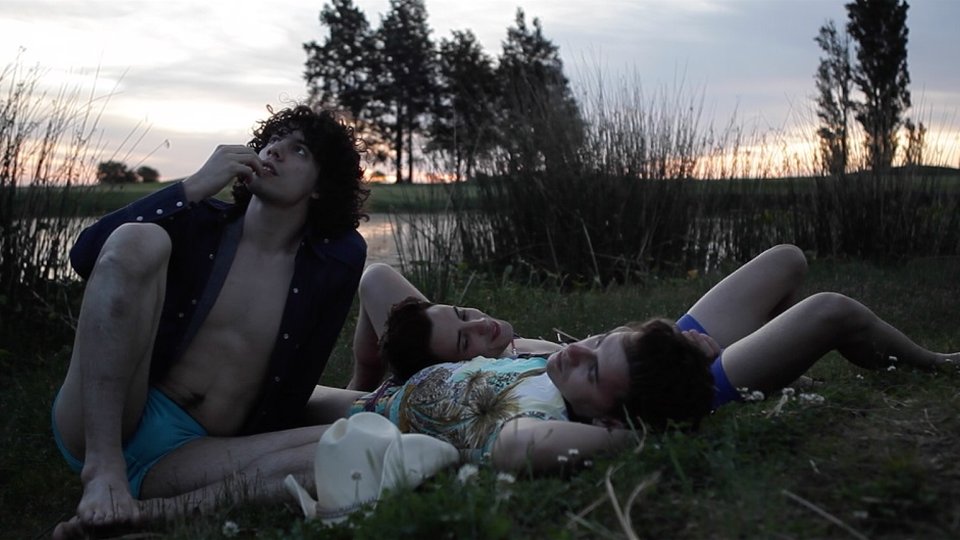 After meeting each other for a hook-up Geronimo aka Jess (Martin Karich) and James (Nicolas Romeo) take a long hard look at their home lives and decide to make a change. Despite having only met briefly, the two boys decide to take a road trip across Argentina. As their trip progresses the two boys’ relationship strengthens and they embark on a journey of self-discovery and self-acceptance. Along the way they pick up another guy Tomas (Federico Fontan) who tests their relationship, and Jess and James have to decide what they want from life and each other.

Jess & James is the latest movie from writer/director Santiago Giralt and it’s an intriguing exploration of two boys who are coming to understand who they really are. James is more evolved that Jess and lives with his overbearing mother, who he believes drove his father away, whilst Jess moves from relationship-to-relationship with women, one of which he has got pregnant. Both dreaming of a better and different life, Jess and James make the impulsive decision to run away together and see where life takes them.

For the most part there’s not a great deal more to the story than that. James constantly pushes Jess to try and define what they are to one another and when the two meet Tomas their relationship gets more complicated. Both are attracted to Tomas but don’t really understand what that means in the context of their attraction to one another. Ultimately the inclusion of Tomas gives the boys a new friend and makes them realise how they really feel about one another.

Of the two titular characters it is Jess that goes on the biggest journey. He’s not open about his sexuality at the beginning of the movie and he frequently rebuffs James’ attempts at affection in public. As the film progresses Jess tackles his issues and it takes the movie in surprising directions.

The performances of Karich and Romeo are superb. Both actors are incredibly attractive but it’s their acting that really impresses. They build a really natural chemistry with one another and you’re hooked on their relationship from the moment they hook-up at the beginning of the movie. You believe the two characters have fallen for each other and you care about where they end up by the time the credits roll.

Jess & James is a surprising and engaging road movie. It’s true to say that the story could have been stronger in places but for the most part it’s hugely enjoyable. Director Giralt gets great performances from his leads and the camera work in the movie captures both the beauty and the sexuality of the boys. Jess & James is a solid effort that highlights Giralt as a writer/director that you should be keeping an eye on in LGBT cinema.

Watch the trailer for Jess & James below: