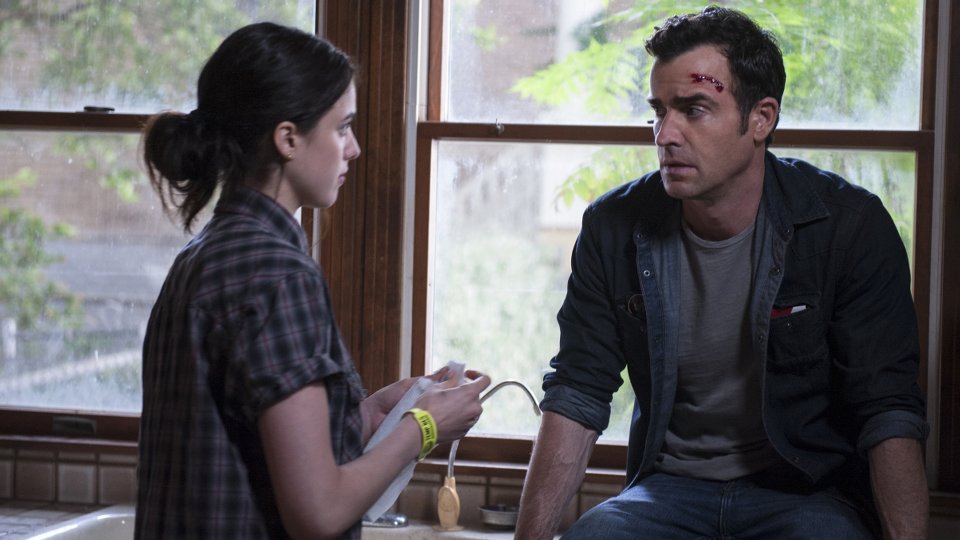 The Leftovers returned for a second season last week and it certainly kept us on our toes.

For the majority of the first episode we saw no characters we knew from the first season. Instead the action focused on Erika Murphy (Regina King) and her family in the town of Jarden. The family were left devastated when their Evie (Jasmin Savoy Brown), one of the twin children, disappeared in what looks to be another ‘Sudden Departure’.

Before that happened we learned that Matt Jamison (Christopher Eccleston) and his wife had recently moved to Jarden and Kevin (Justin Theroux) and Nora (Carrie Coon) arrived in the town to start a new life with Jill (Margaret Qualley) and baby Lily.

The next episode of the season is A Matter of Geography. Kevin, Nora, and Jill try to pick up the pieces in the aftermath of the Mapleton riots but problems from the past keep resurfacing. The new Garvey clan gets a fresh start in the safety of Miracle. Nora makes an impulsive choice, while Kevin gets entangled in the Murphy family’s problems.