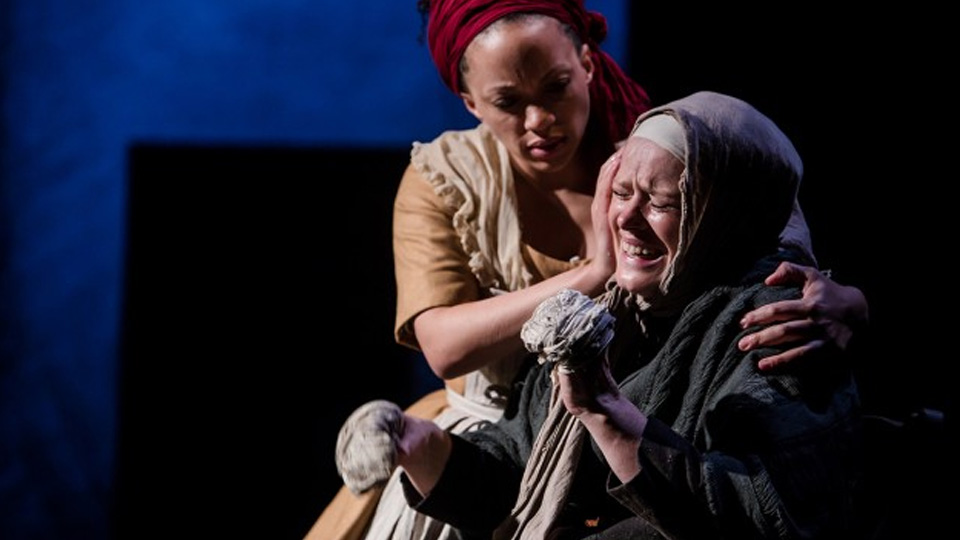 Photo copyright Richard Davenport and Out of Joint.

Ria Parry directs Amanda Bellamy in the title role of Rebecca Lenkiewicz’s Jane Wenham: The Witch of Walkern. This world premiere production, from Out of Joint, Watford Palace Theatre and Arcola Theatre in association with Eastern Angles, tours to the Courtyard Theatre from 21-24 October.

Jane Wenham: The Witch of Walkern is inspired by one of the last major witch trials in England. The charges brought against Jane Wenham, the cunning woman of a small Hertfordshire village in 1712, provoked a nationwide pamphlet war. Rebecca Lenkiewicz dramatises Wenham’s extraordinary story for our times. Alive with the mysteries of sex, nature and the supernatural, this gripping new play blasts society’s hunger to find – and create – witches.

Director Ria Parry said: ‘Part of what draws me to Jane Wenham: The Witch of Walkern is that it resonates with issues we are still facing today. In many areas of the world, women are still horribly oppressed, and even closer to home there is a tendency to ‘witch-hunt’ not just women, but anyone we fear or don’t understand – to persecute or demonize a particular group in order to protect yourself or your own. It’s an us and them mentality – a war on the weak, an inability to cope with or accept difference. There is an intimate look at the power and hypocrisy of religion in the play, which brilliantly interweaves with the community’s treatment of women. Jane Wenham is set in 1712, but it is disturbingly relevant to now. We have a stunning cast and an excellent creative team. It’s a real pleasure to be working with Rebecca on the premiere of her superb play.’