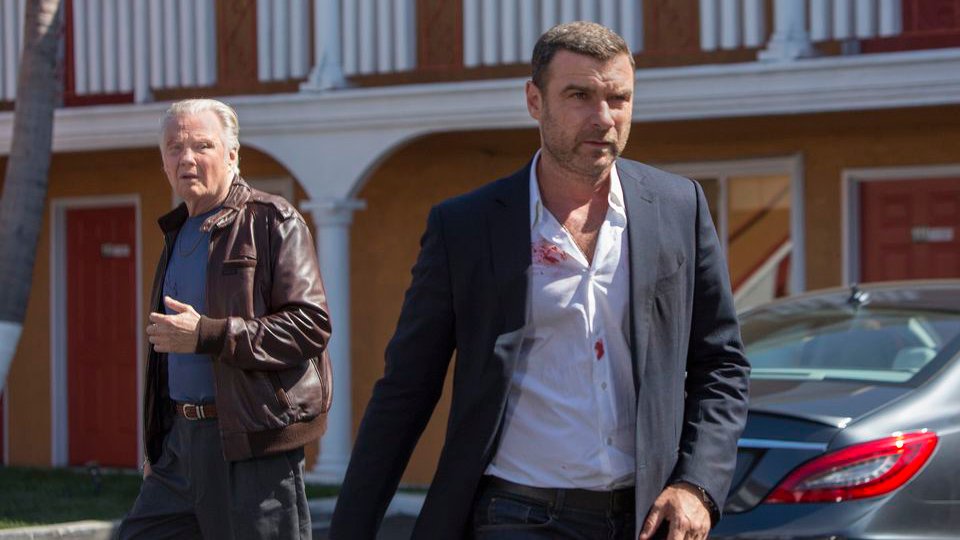 Things were looking bleak for Ray (Liev Schreiber) after Cochran (Hank Azaria) tracked down the fire poker that killed Varick (Jason Butler Harner). However we’ve come to know that Ray is very capable and an expert at getting out of seemingly impossible situations.

Cochran made a deal with Finney (Ian McShane) to frame Ray. Cochran trashed Ray’s apartment, hid the poker behind a vent and tipped the cops off to the location of Varick’s body. Meanwhile Finney headed to the cops and used his influence to set them after Ray for the murder.

Thanks to Avi (Steven Bauer) hacking Cochran’s computer Ray was able to predict what would happen. He sent Avi off to dig up Varick while he went to the LAPD to answer their questions and find out what they knew. He then used his lawyer Lee to get him away from the cops.

After discovering that the poker has gone from Avi’s storage Ray went after Cochran to find out where he put it. With no time to mess about Ray shot him through the leg and Cochran gave up the location of the poker.

Ray was able to get to it just before the cops turned up to search for it. He threw it off his balcony down to a waiting Lena (Katherine Moennig) who zipped away with it on a motorbike. The cops left empty handed but weren’t too concerned as Finney had promised that his daughter Paige (Katie Holmes) would be along to corroborate his story.

Ray got to her first and urged her to tell the truth. He explained that he had everything he needed to deflect the cops off himself and back to her father. Paige agreed to tell the truth and gave the cops the real story. They didn’t believe her or the story that her father and her husband were lovers. So she gave them the location of the body.

The location was her fathers house where Ray, Lena and Avi had dropped Varick’s body off and set it on fire. Before Finney had a chance to react the cops showed up and it looked like he will probably go down for the murder. They let Cochran live.

Elsewhere in the episode, Mickey (Jon Voight) was packing up to leave as per Ray’s request. Before he went he decided to hold a bit of a BBQ with friends and any family that would come.

Mickey used the fake Alzheimer’s to get the rest of the family feeling sorry for him and they told him to stay. Ray wasn’t happy, tried to force Mickey to leave and ended up punching him. It looked like Mickey won’t be going anywhere after all.

Abby (Paula Malcomson) and Terry (Eddie Marsan) definitely have feelings for each other and shared a brief kiss.

Bridget (Kerris Dorsey) had to tell Ray about the fight but managed to keep Mr. Donellen (Aaron Staton) a secret with Abby’s help. Later she tried to go and see him but he asked her to leave.

The final episode of the season is Exsuscito. Abby and Terry finally tell Ray the truth about Bridget.