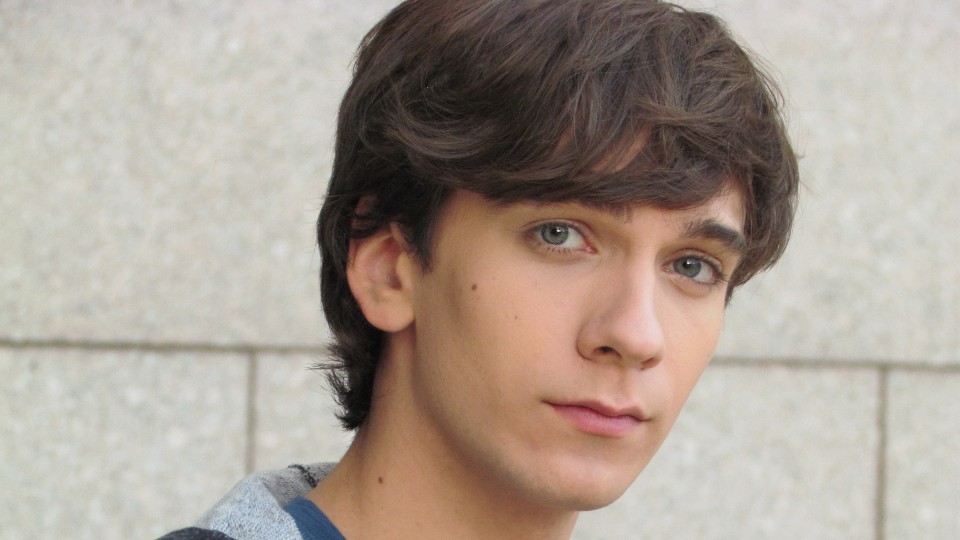 King’s Quest is one of the oldest game series around and first appeared in the early 80’s with the eighth and last instalment released back in 1998.

Earlier this year the game was re-imagined as an episodic series by developers The Odd Gentleman. Their aim was to use the latest technology while trying to keep the spirit of the originals alive.

In our King’s Quest Chapter 1: A Knight to Remember review we were particularly impressed by the fabulous voice cast. We recently got to sit down with Andy Pessoa who voiced Garth in the game to find out a little more about him as well as his experiences of working on King’s Quest and voice acting roles.

Hi Andy. Thanks for taking the time to talk to Entertainment Focus. How are you today?

I’m doing really great, thanks! I’m very excited to be talking with you guys today!

Can you give our readers some background on yourselves and what other projects you have worked on? What have been your favourites?

Of course. My name is Andy Pessoa, I’m the youngest of four brothers and I’ve been a professional actor for 10 years now. I’m an avid gamer and my favorite flavor of ice cream is vanilla, ha, ha! I’ve done quite a bit of voice over acting including radio and TV programs and commercials; most definitely one of my favorite projects was ‘Transformers Prime’ animated TV show, in which I played the character of “Raf”. I worked for three seasons on that show and was able to work with a lot of talented voice over actors, including Josh Keaton, who is working on King’s Quest as well! If you check out my IMDB.com page, you will see a list of all the on-camera projects I’ve worked on, including a very recent guest star on a FOX TV show.

How did you get involved in King’s Quest?

My agency got me an audition for “Garth” and I went in and did my best, like I always do. Happily, KQ’s liked what they heard and offered me the role!

Were you aware of the King’s Quest series before this project? Have you played any of the previous entries?

I was not familiar with King’s Quest before the audition, and I have never played any of the originals; but once I looked it up online, I learned of the game’s loyal following and of the building excitement for this latest release.

How did you get into voice acting? Any advice for any of our readers?

First step in voice acting is to find representation, a talent agency that will get you opportunities to audition for voice over projects. The best advice I could give someone is “be persistent.” When I started, I auditioned for at least 50 projects over the span of two years before I booked my first voice over job! So I speak from experience, ha, ha!

King’s Quest features a lot of humour, was it a fun project to work on?

Yes! The script is well-written. I always enjoy projects that have humor to them. The director is a blast to work with; we laugh a lot between takes!

Does voice acting for a game character present you with any unique challenges?

The fact that it is voice over acting means you don’t have the benefit of body language or facial expressions, so you have to make the effort to convey everything by use of your voice. For example, video games often involve a lot of action, and so I have to sound like I’m actually doing whatever it is, like running, climbing, falling or whatever. And that is fun to do, I enjoy that aspect.

Have you had chance to play the first King’s Quest episode since it was released?

Yes, I have! It’s freaking cool! And I hope the other gamers out there are having as much fun with it as I am!

Hopefully another episode of King’s Quest! I’m also playing a large part in another game that is coming out for the virtual reality platform; I can’t say more than that, but it should come out next year. Also, that episode I’m in on FOX TV will be airing in October.

Finally, are you playing any other games at the moment? And/or do you have any favourites?

I play video games online for hours every day, among the games I enjoy are Destiny, Fallout, Call of Duty and, of course, King’s Quest.

King’s Quest Chapter 1: A Knight to Remember is out now with Chapter 2: Rubble Without a Cause due later this Autumn. Watch the trailer for Chapter 1 below:

In this article:Andy Pessoa, King's Quest