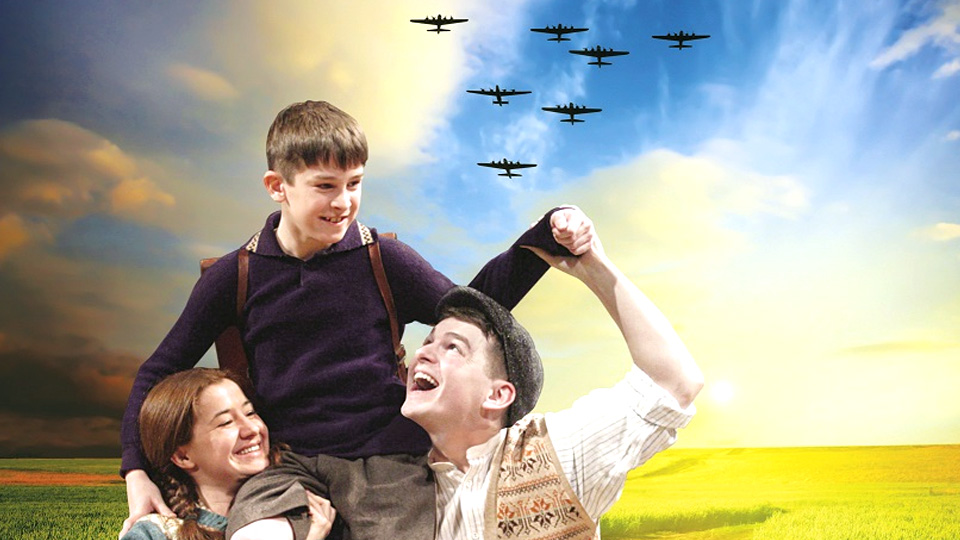 Following a hugely successful West End season in 2012-13, this critically acclaimed Chichester Festival Theatre adaptation of Michelle Magorian’s classic novel returns to London for a limited ten week season. The story is brought beautifully to life in David Wood’s Olivier Award winning stage version. The production will play this Christmas at the Duke of York’s Theatre, previewing from December 11th, with a press performance on December 17th at 2.30pm.

Now a modern classic, Michelle Magorian’s wonderfully uplifting tale is brought gloriously to life in this magical stage adaptation by David Wood. Set during the dangerous build up to the Second World War, Goodnight Mister Tom follows young William Beech, who is evacuated to the idyllic English countryside and forges a remarkable and heart-warming friendship with the elderly recluse, Tom Oakley, played by David Troughton. All is perfect until William is suddenly summoned by his mother back to London.

David Troughton has performed numerous times with both the RSC (The Shoemaker’s Holiday, Macbeth, Macbett, Henry IV parts 1 and 2, Richard II and Richard III, The Cherry Orchard, The Tempest, King Lear, A Midsummer Night’s Dream and The Venetian Twins) and the National Theatre (Season’s Greetings, Playing with Fire, Measure for Measure, Peter Pan and Fool For Love). He is also a regular on TV where his appearances include Grantchester, Unforgotten, The Hollow Crown and many more.

Goodnight Mister Tom is adapted for the stage by David Wood OBE, the country’s leading writer and director of plays and musicals for children. David’s other productions include his Olivier nominated production of The Tiger Who Came For Tea, James and the Giant Peach, Tom’s Midnight Garden and George’s Marvellous Medicine.

The production is directed by Angus Jackson, whose work includes Oppenheimer for the RSC Swan and Vaudeville Theatre, King Lear for Chichester and The Brooklyn Academy of Music, The Browning Version for Chichester and The Harold Pinter Theatre, Bingo for The Young Vic and Chichester, The Power Of Yes for the National Theatre Lyttleton, and Elmina’s Kitchen for the National’s Cottesloe Theatre and The Garrick Theatre. Forthcoming work includes Don Quixote in a new version by James Fenton for the RSC’s 400th anniversary season, starring David Threlfall and Rufus Hound.