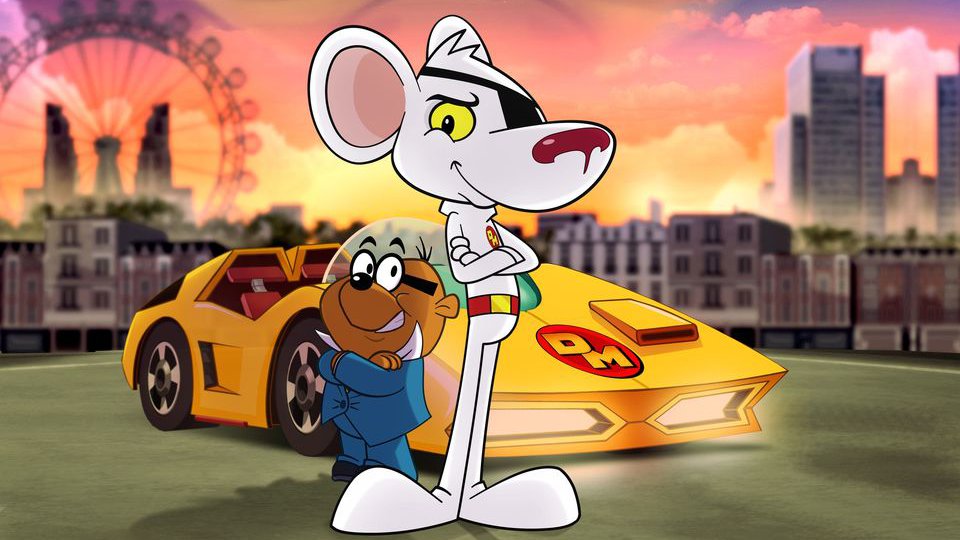 Danger Mouse is returning to our screens this month, 34 years after the original series launched.

The world’s greatest secret agent, Danger Mouse (Alexander Armstrong) and his ever-faithful but always fearful sidekick Penfold (Kevin Eldon) will be back to protect the world from the evil Baron Greenback (Ed Gaughan).

Together they will take on all manner of mind-blowing missions aided, abetted and aggravated by a menagerie of old and new allies and adversaries, and all manner of tech-defying gadgets.

From deep in their hidden London location, beneath the post box, DM and Penfold take their orders from the unflappable Colonel K (Stephen Fry), the Head of the British Secret Service. Appearing either on screen or in hologram form, Colonel K briefs DM and Penfold about the various secret missions which will take them anywhere.

As ever, gadgets and vehicles are at the heart of every mission. In the lab, Professor Squawkencluck (Shauna Macdonald) has worked her feathered fingers to the bone developing the greatest collection of new and exciting gadgets to help Danger Mouse on his next mission.

There’s also a new vehicle – the Mark IV is the updated version of the classic Danger Car with a range of ridiculous upgrades to thwart any bad guy. Danger Mouse can also call upon the Space Hopper, The Danger Cycle, The Danger Jet Pack, the Danger Surfboard and Danger Ejector Shoes.

Dave Lamb (Come Dine With Me) brings his uniquely sardonic wit to the series in the role of ‘The Narrator’. The Narrator believes he is destined for bigger and better things but has ‘lowered’ himself to work on Danger Mouse because he needs the regular work.

And the voices of Morwenna Banks and Kayvan Novak will bring to life a host of different characters throughout the series.

The new series of Danger Mouse will premiere on CBBC this September 28th.

In this article:CBBC, Danger Mouse