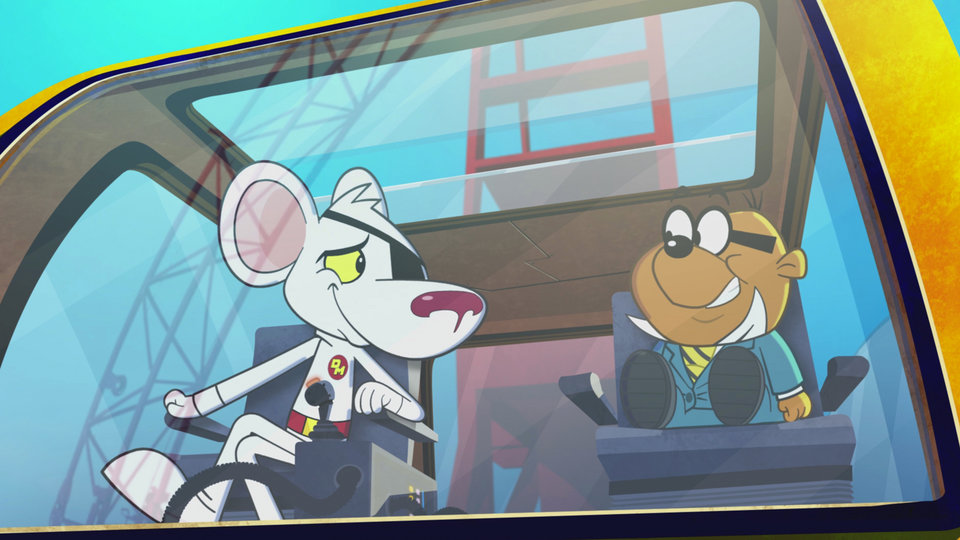 Join the world’s greatest secret agent Danger Mouse and his ever faithful but always fearful sidekick Penfold, as they return with Danger Mouse: Quark Games out on DVD and digital download now, featuring nine episodes from the all new rib-tickling hilarious animated action series.

Kidnapping all the best warriors in the galaxy, Quark forces them – and Penfold – to battle each other to survive, in the biggest contest in the universe. Danger Mouse, Jeopardy Mouse and Penfold battle old enemies before their competitiveness turns them against each other.

Also on Danger Mouse: Quark Games, Danger Mouse and his trusty allies embark on secret missions to save the world from ‘pinkification’ after a disaster in the lab in Pink Dawn, tackle a ginormous arachnid in The World Wide Spider and even undertake a tectonic plate spinning mission to un-jumble all the different countries of the world in Jeopardy Mouse. Also featured are The Return of Danger K; Danger Fan; Big Penfold; The Unusual Suspects and The Inventor Preventor.

In the new series, which blasted onto screens in 2015, Danger Mouse (Alexander Armstrong) and Penfold (Kevin Eldon) work together to save the world, the alternate universe and Willesden Green. The two best friends take on all new, death defying, secret missions from deep in their hidden London location, beneath the post box, set by cool-headed Colonel K (Stephen Fry), the Head of the British Secret Service. Dave Lamb brings his uniquely sardonic wit to the series in the role of ‘The Narrator’.

For your chance to win one of 3 copies on DVD, all you need to do is answer the following question below.