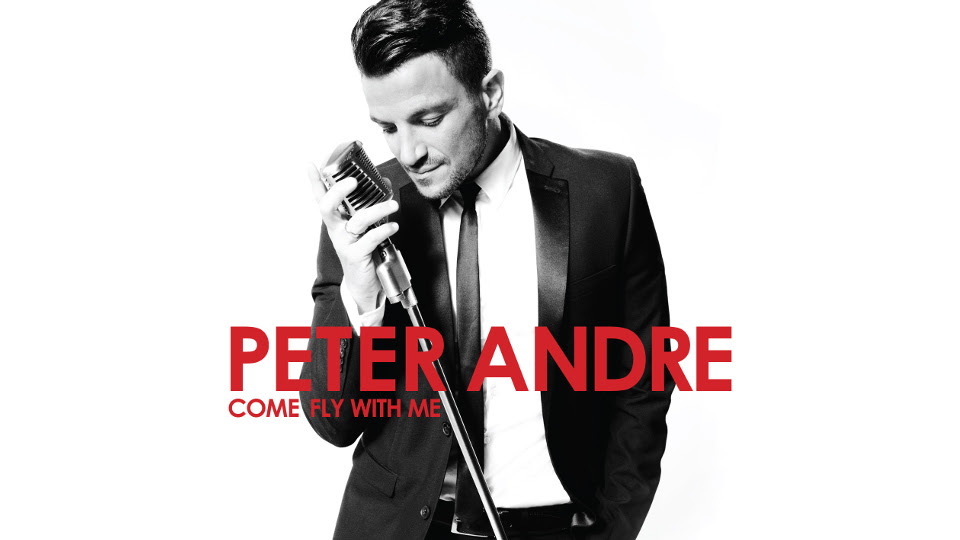 It seems there’s never been a better time to be a Peter Andre fan. Not only is he participating on this year’s Strictly Come Dancing he’s also just announced a new album – Come Fly With Me.

We can’t believe that it’s been twenty years since Peter Andre released his global hit Mysterious Girl. He’s had a remarkable journey with three chart-topping singles, seven Top 10 hits plus Platinum, Gold and Silver certifications for seven of his albums to date.

The album is partly inspired by the 100th anniversary of Frank Sinatra’s birth and is full of Peter’s takes on Rat Pack standards. Tracks include the album title track Come Fly With Me, Mac The Knife and Ain’t That A Kick In The Head.

The album promises a collection of songs rich in authentic swingin’ sounds, from the rhythmic diction of his vocals through to live percussion and a full brass section.

[quote by=”Peter Andre”]All of these songs are great great classics. The fact that we’re celebrating hundred years of Frank Sinatra makes the choice even better because you can start to pick some of the favourites that Franky was really well-known for. When you listen to these old classics, you realise what real music is.[/quote]

Come Fly With Me is due to be released on October 16th and is Peter’s first release under a new deal with East West Records / Warner Music.

Advertisement. Scroll to continue reading.
In this article:Come Fly With Me, Peter Andre