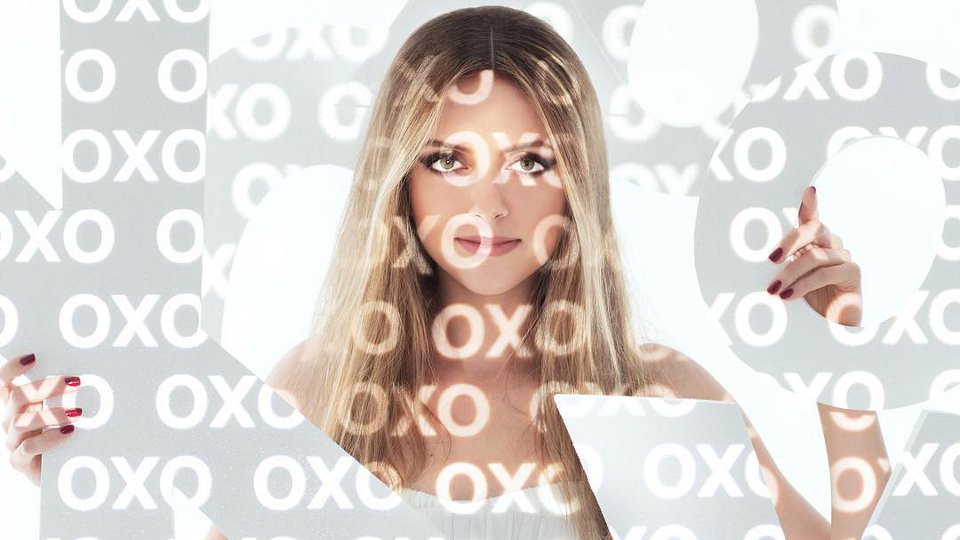 Olivia Somerlyn is ready to launch OXO on the official UK chart. We loved the song when we heard it for the first time earlier this year and had a feeling that it would be released as a single in the future, and we were right! She is managed by Kevin Jonas Senior, and as a result, she knows the Jonas brothers very well, as well as having had the pleaseure of also working with them.

Olivia has supported the likes of Jessie J and Meghan Trainor on tour and considers them close friends. We first saw Olivia playing live, when she supported Meghan Trainor earlier this year, and her perfectly crafted pop songs were instantly catchy and likeable. Olivia is a very warm and down to earth person, and has many young girls who look up to her as a role model. She is the perfect, young, all-american singer and we love her enthusiasm and outgoing personality. She is definitely one to look out for, as her profile and fan base continue to soar, things are looking great for Olivia.

Here is our interview with the lovely Olivia Somerlyn.

Hi Olivia, it’s been a few months since we met after your show, supporting Meghan Trainor at London’s Shepherd’s Bush Empire, how have you been?

It feels like just yesterday! I’m doing well, thank you. I had a great time touring with Meghan in Europe and with Lindsey Stirling in the U.S., but it’s good to be home and back in the studio.

After that show, we were asked which single we thought would be the next single and we all guessed that it might have been ‘O X O’ – as it was instantly catchy and the audience loved it. And now here you are, about to release it as the next single! Can you tell us more about the song and what you had in mind when you were writing it?

Yes! You predicted it! I wrote O X O about the people who try to bring us down but actually make us stronger by forcing us to believe in ourselves. It’s a song about “haters” from a positive perspective. I believe we do owe some of our success to the people who tell us our goals are impossible to reach – they push us to prove them wrong! Our ultimate goal is to be happy and no one should be allowed to control that, but you.

The remix for ‘O X O’ has already been ranked the #1 song on US Billboard’s Breakouts Dance Club chart. And the momentum continues in the lead up to its release, how excited are you about all of this?

I couldn’t be more excited. I’ve wanted to write the concept of O X O for so long and I want to share it with as many people as I can.

Whose idea was it to come up with the arms choreography to go with the song? We have noticed that it’s pretty fun and easy to pick up and people love joining in when they hear it being performed/during your shows!

It actually came from the emoticons / emoji’s of the girl in the pink shirt! There’s one where she’s making an O with her arms above her head and one where she’s making an X with her arms in front her. She gave me the idea to incorporate those O X O moves into my performance of the song. It’s a fun way to get the audience involved and I love seeing everyone do the move!

You made a big impact with the UK audience on your last visit here, what do you like about coming over to London?

I absolutely love London and I can’t wait to come back! Some of my favourite performances ever were my two shows with Jessie J at the O2 Arena and my show with Meghan at Shepard’s Bush O2 Empire. The London audiences are always so much fun and I love meeting people after the show! Apart from that, I love the museums, the architecture, the theatre, the beautiful parks, the food… everything!

You were about to visit London’s Camden Market when we last caught up with you, did you get to go and what did you think of it?

I fell in love with the vegan milkshakes at Cookies and Scream in Camden Market! The affogato milkshake, specifically. I never drink coffee so it gives me quite a lot of energy, but it’s so delicious.

What has it been like touring with the fabulous Meghan Trainor on her European and U.S. ‘That Bass Tour’?

Meghan is such an incredible person and artist. She is so talented, kind, supportive, and fun. I absolutely love touring with her. We had such a great time together! Her Megatronz are so much fun, too, just like her! I love performing for them and meeting them in every city. A crowd full of Megatronz is guaranteed to be a great crowd ready to have a good time!

How would you compare that tour to the ones that you’ve done with Jessie J and Nick Jonas?
Meghan, Jessie, and the Jonas’s are all so talented and fun. I’ve learned so much from all of them. I really loved performing my new music on That Bass Tour and it was great to see how positively the audience reacted.

What has been your favorite part of summer 2015, so far?
I loved my 24 hour vacation in Lake Como after my last show with Meghan in Milan and before flying back to New York go start the Lindsey Stirling tour. It was a great summer – two incredible tours with two amazing artists.

You have a lot of young girls that look up to you. Are you conscious of being a role model and do you feel any pressure that comes with that?

I am definitely conscious of being a role model and I am very honored to have young girls look up to me. I don’t feel any kind of negative pressure because the persona that I present on social media is the person I truly am.

You have a huge social media following and you’re very good and responding to people on Twitter, for example. How important is it to you, to reach out directly to your fans in that way?

I feel so lucky to have tools like twitter and Instagram to connect with the people who are interested in my music and what I’m up to. It means so much to me to be able to speak with SomerLovers one on one, whether they just saw my show but couldn’t come to my meet and greet or they live on the other side of the world and are asking me to tour in their country. Staying connected and showing them how much I care about them and think about them is of the utmost importance to me.

What’s it like being managed by Kevin Jonas Senior?

It is wonderful. I am so lucky to have him in my career and in my life. The entire Jonas family is so special and supportive. Kevin Jonas Jr. just produced the lyric video for O X O with Brian Gonsar and Nick and Joe are in the video. Meghan and Lindsey are in it, too, and many more recognizable faces.

What’s coming up next for you, after your single is released?

I’m working on finishing a group of songs for either an album or an EP. I’m really excited about the new music I have to share. I also can’t wait to tour again! There’s nothing better than sharing my music every night and meeting SomerLovers after every show.