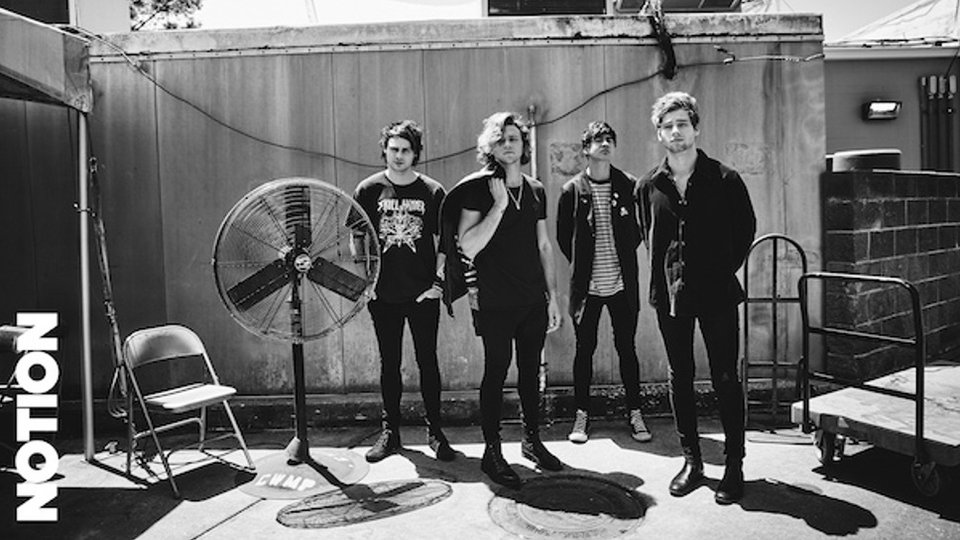 5 Seconds of Summer have revealed details of their upcoming album, which is set for release this winter. The band has been talking to Notion magazine about anything and everything including:

About their new album Sounds Good Feels Good: With the first album we were 16 years old when we wrote it. But now we’ve been on tour for four and a half years, we’ve experienced stuff. We’ve written about a lot of different things on this album because we’re older and we’ve experienced more of life, so we’ve got more to talk about.

Single, She’s kinda Hot: That song came about because everyone was naming their fan bases and we found it a little lame, in all honesty. There’s more to our band, you know. We’re here to enforce positivity and a light into our fans’ lives, so the idea of the ‘new broken scene’ is sort of a movement that’s about more than just music – it’s saying we’re all in this together, you know.

About being called a boyband: Relating back to the new broken scene, it’s all about not caring what people think and say. It’s like a fuck you to people who say you can’t be what you are. And to represent that, I don’t think we should carry on asking people not to call us a boy band. We learned our instruments, we learned how to write songs from scratch, we love performing live and we love fucking rocking out – that’s what we do, so at this stage, people can call us whatever they want.

On touring with the biggest boyband in the world, One Direction: Their story is very different to ours. Their type of music is very different to ours as well. It’s a different type of journey, but to see how they’ve done it and the way they treat their touring crew is something we’ve learned from. We just want everyone that works for us to be happy, and we wouldn’t have known how to do that unless we’d toured with One Direction.

In this article:5 Seconds of Summer