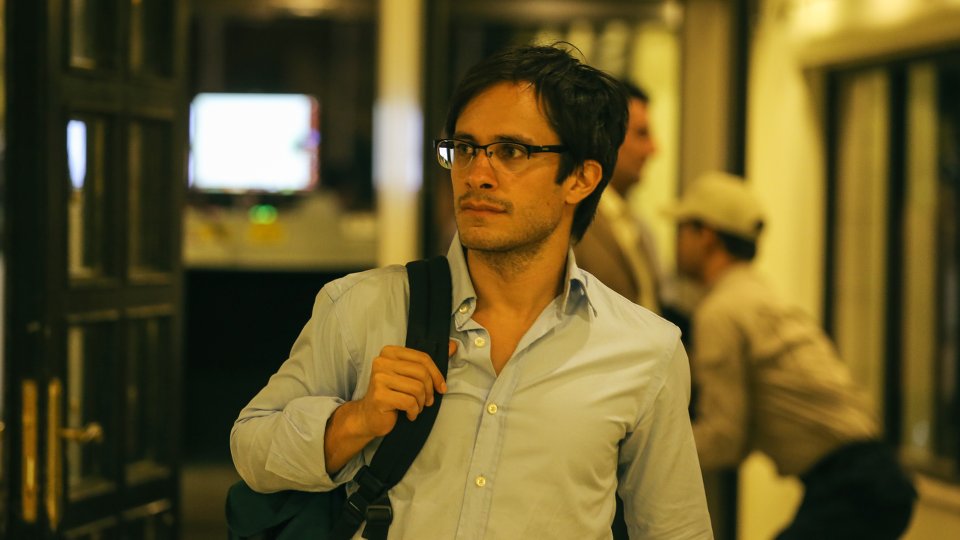 Maziar Bahari wrote his memoir Then They Came For Me with Aimee Molloy following his detainment in Iran in 2009. In the country to cover the Presidential election, Bahari flew from London to stay with his mother and soon found himself detained and interrogated under the suspicion of being a terrorist. For more than 100 days Bahari was kept away from his friends and family, including his pregnant fiancée back in London, whilst he was brutally interrogated. Bahari’s story has been turned into a movie by TV presenter turned first-time director Jon Stewart.

Rosewater is based on Bahari’s memoir and it recounts his efforts to maintain his hope and sanity whilst being unfairly treated. The cause for his detainment was a comedic interview he did in the US with The Daily Show in 2009 that Iran officials perceived as a threat. Despite his protestations, they wouldn’t believe what he had to say and Bahari endured day-after-day of being asked the same questions. Rosewater does a very good job of capturing the repetitive and frightening nature of Behari’s experience.

Gael Garcia Bernal plays Behari in the movie and he brings the kind of gravitas to the role that only he is capable of. An incredible versatile and compelling actor, Bernal always challenges himself with every role he takes on. He gets into the mind of Behari and moves from wide-eyed optimism to beaten down acceptance over the course of the film. His scenes with Shohreh Aghdashloo are some of the film’s best and even though they don’t have that much screentime together, they create a fantastic chemistry.

Rosewater isn’t a complete success. Whilst for the most part it is an intriguing and gripping story, the narrative does flag a bit on the middle as the scenes get more and more repetitive. Whilst we understand that the film is trying to honestly capture Bahari’s experience, it does mean that you feel like you’re watching the same scene on repeat a little too frequently.

The disc features a variety of special features including a must-see BFI interview with Bahari and Jon Stewart. It gives plenty of background on the film and Bahari’s experience.

Jon Stewart has a solid debut effort on his hands here. He’s obviously close to the subject material and Rosewater retells Bahari’s remarkable story well. There are lots of shots interspersed with actual footage from the time giving the film that extra bit of impact. Rosewater sees Bernal give another fine performance and it’s a timely reminder that not every country is as lucky as we are when it comes to the freedoms we enjoy.

Advertisement. Scroll to continue reading.
In this article:Rosewater