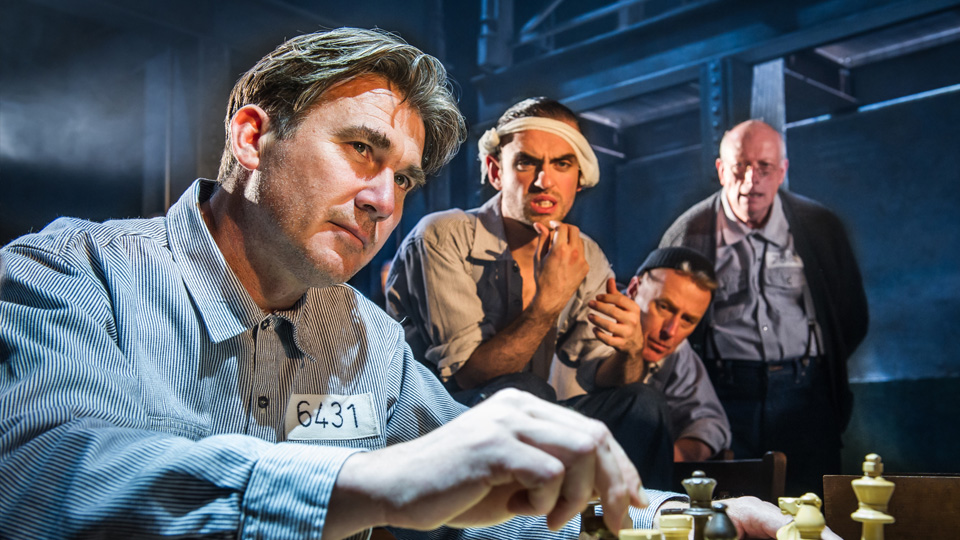 Yorkshire-born Emmerdale actor Ian Kelsey is heading back North to star in The Shawshank Redemption at Leeds Grand Theatre next week. Joining him is television’s Patrick Robinson, best known for his role as staff nurse-turned-consultant Martin ‘Ash’ Ashford in BBC’s Casualty.

Based on the 1982 novella Rita Hayworth and Shawshank Redemption by celebrated author Stephen King, the play examines desperation, injustice, friendship and hope behind the claustrophobic bars of a maximum security facility. Unflinching in his protests of innocence, Andy strikes up an unlikely friendship with the prison fixer Red, played by Robinson, and things take a slight turn for the better. However, when Warden Stammas decides to bully Andy into subservience and exploit his talents for accountancy, a desperate plan is quietly hatched.

The Shawshank Redemption is at Leeds Grand Theatre from Monday August 31st to Saturday September 5th. Tickets are on sale now priced from £18.50 to £35. Book online at leedsgrandtheatre.com or call Box Office on 0844 848 2700.