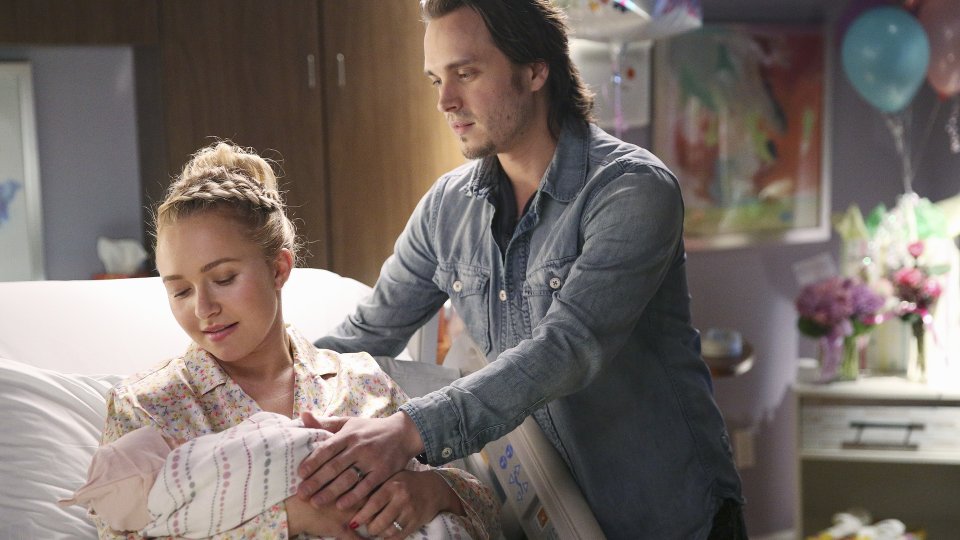 Rayna (Connie Britton) had a confrontation with Deacon (Charles Esten) after finding out about his cancer on the latest episode of Nashville.

As she tried to support and help him, Deacon became increasingly more frustrated resulting a fiery row. While they were having a heart-to-heart Sadie (Laura Benanti) had to deal with the fallout of her decision to talk out about her husband on TV. He came looking for her to get revenge and the two ended up in a struggle. Sadie was holding a gun and in the scuffle it went off shooting her ex. Luke (Will Chase) was nearby and arrived after he heard the gunshot.

Elsewhere in the episode Scarlett (Clare Bowen) became obsessed over social media when her public meltdown came back to haunt her prior to opening for Rascal Flatts with The Triple Exes, Will (Chris Carmack) hit another bump in the road with Kevin (Kyle Dean Massey), and Layla (Aubrey Peeples) continued to mix business and pleasure with Jeff (Oliver Hudson).

The next episode of the season is This Just Ain’t a Good Day for Leavin’. Rayna plans a star-studded baby shower for Juliette, but gets distracted by Sadie’s drama; Luke and Bucky both hope to sign Ron Pope, a rising singer-songwriter; Gunnar is upset as Scarlett and Dr. Rand grow closer.