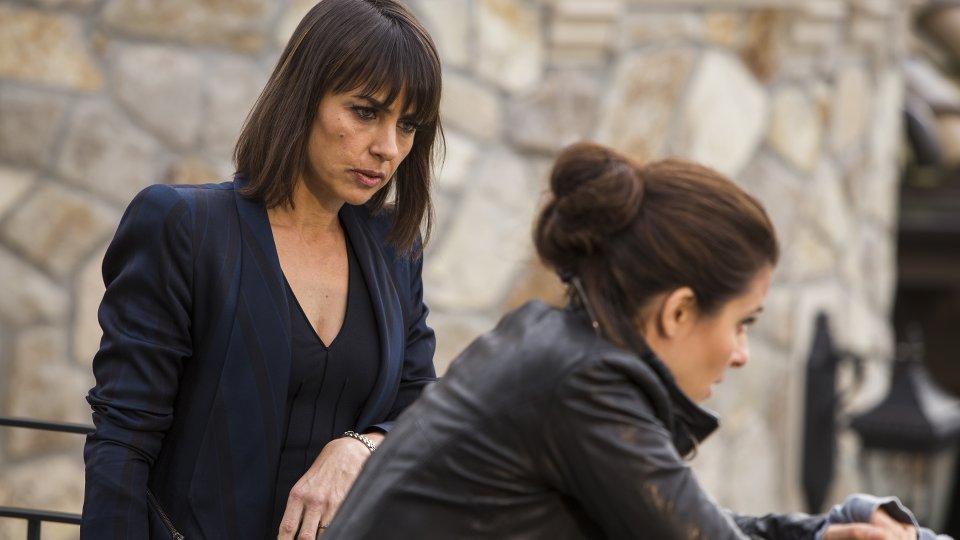 The aftermath of Mary’s (Ashley Scott) death caused a nightmare for the Everlasting cast and crew on last week’s UnREAL.

After Mary committed suicide, Rachel (Shiri Appleby) and Quinn (Constance Zimmer) went into overdrive to ensure that the show didn’t get pulled into a legal nightmare. They also had to do everything they could to keep the show from being shut down and keep Shia (Aline Elasmar) protected after she admitted that she had been messing with Mary’s medication.

This week’s episode is Two. With the final elimination ceremony right around the corner, Adam (Freddie Stroma) is offered an interesting proposal. Meanwhile, Rachel is torn between Jeremy (Josh Kelly) and Adam.

The first clip shows Quinn and Chet talking to the network about the boost in ratings following Mary’s death. The second clip finds Rachel getting cosy with Adam and having to avoid some probing questions from a suspicious Jeremy.

UnREAL continues at 10pm on Tuesday on Lifetime. Watch both clips from the episode below: