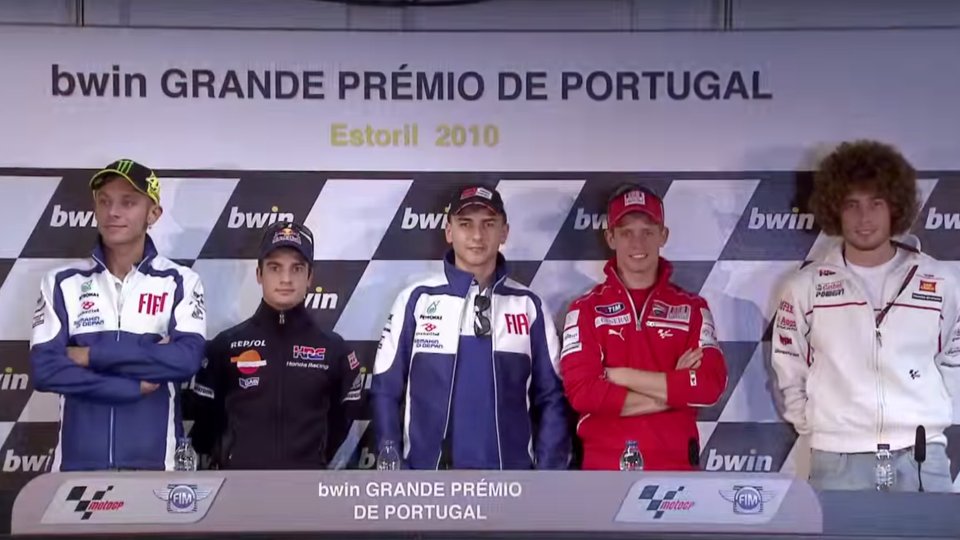 Experience the high-octane fight for No.1 status among six of the fastest racers of all time produced by Pitt and from director Mark Neale (Faster and Fastest – the first films to go behind the scenes of the MotoGP). Hitting the Apex features stunning photography and exclusive footage offering a new perspective on all the action.

It also brings you exclusive interviews and new insights, going behind the scenes and inside the minds of some of the sport’s biggest stars.

Follow the intense rivalry between Valentino Rossi and Jorge Lorenzo, and explore the great friendship between Rossi and Marco Simoncelli, the rising star who tragically lost his life on the track. Marvel at the meteoric rise of young rookie, Marc Marquez, as he takes the sport by storm, despite suffering numerous injuries and enduring the fastest ever MotoGP crash.

Get closer than ever before to understanding who these men are and what drives them to do what they do. Join these two-wheel warriors in their fight to conquer the World Championship, where the race never ends, and nothing matters but Hitting the Apex.

Hitting the Apex is released in cinemas from September 2 featuring a Q&A with director Mark Neale, and on Blu-ray, DVD and Digital HD on September 7.

In this article:Brad Pitt, Hitting the Apex