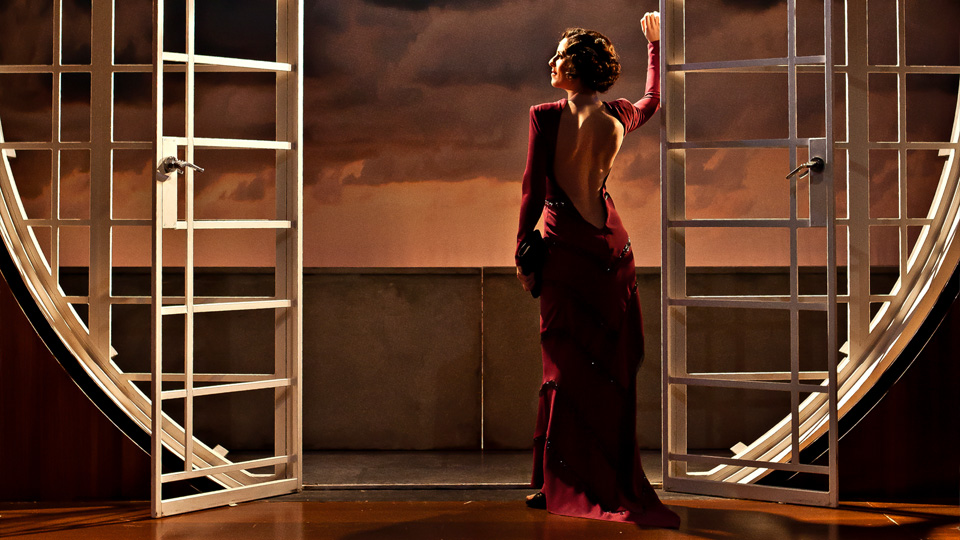 And Then There Were None comes to Leeds Grand Theatre this week as part of a national tour. Based on the record-breaking murder mystery novel by Agatha Christie, the play introduces ten individuals as they are lured to an island retreat and played a recorded message. The voice threatens to make them pay for a series of unspeakable crimes, assuring them that nobody will survive the duration of their stay. Soon the party realise that the killings in the house are being conducted by somebody within the group. The race is on to expose the murderer.

Agatha Christie cultivated a winning formular in her novels, with And Then There Were None residing among the highest selling novels in the world. The Agatha Christie Theatre Company pays close attention to the original work in this theatrical adaptation, presenting a classy Art Deco setting with toffee-nosed caricatures and colourful personalities, assuring fans that their appetites will be well sated.

Christie may be hugely popular and successful novelist but her dialogue is occasionally clunky and lacks the naturalism to which modern theatre goers may be accustomed. Her are characters writ large, with broad brushstrokes and a functional dimensionality to differentiate themselves from others on the page. Thankfully, under the direction of Joe Harmston, this production boasts some seasoned acting talent, many familiar to audiences from television drama. Yorkshire’s own Frazer Hines delivers a imp-like stoicism to the ever-faithful butler Rogers, whilst Neil Stacy is a superb study of subdued authority as Judge Wargrave. Gary Mavers is physically engaging as Blore and Kezia Burrows is deliciously flirty as the hysterical Vera Claythorne. Ben Nealon stands out with a naturalistic technique as Philip Lombard, as does Deborah Grant as Emily Brent, furnishing somewhat thinly written characters with an intriguing depth. An otherwise excellent ensemble is heightened by a scene-stealing performance by Eric Carte as the tragically funny General MacKenzie, whilst the appearance of television’s Mark Curry as Dr Armstrong is charmingly warm and effervescent.

Joe Harmston’s direction is energetic and enforces a movement throughout the show, avoiding the trap of some Christie shows where characters stand unanimated whilst bleating exposition. Lively personalities come and go and are actively engaged in stage business, providing distraction and a slight of hand which forces the audience to attempt to follow their every action. The art deco stage presentation is both evocative and functional, providing a intensifying claustrophobia which feels particularly constrictive during scenes which are lit by candlelight. Darkly brooding, there is a real sense of a noose is closing around the characters in the final act.

Reassuringly familiar and admittedly entertaining, Agatha Christie’s concept has been devilishly parodied in films such as Murder By Death and Haunted Honeymoon, most recently subverted by The Play That Goes Wrong. But anything which is a huge success it often the target for such joshing and And Then There Were None delivers an evening’s entertainment which is engaging and absorbing. Cosy escapism for the family and a sure hit for fans of the genre, And Then There Were None is vintage mystery at its best.

And Then There Were None is at Leeds Grand Theatre up to Saturday 22nd August. Tickets are still available priced from £18.50 to £35. Book online at leedsgrandtheatre.com or call Box Office on 0844 848 2700.

Entertainment Focus spoke to Frazer Hines about the show and his return to Leeds Grand Theatre. Read more about his views on his career and plans for future projects here.