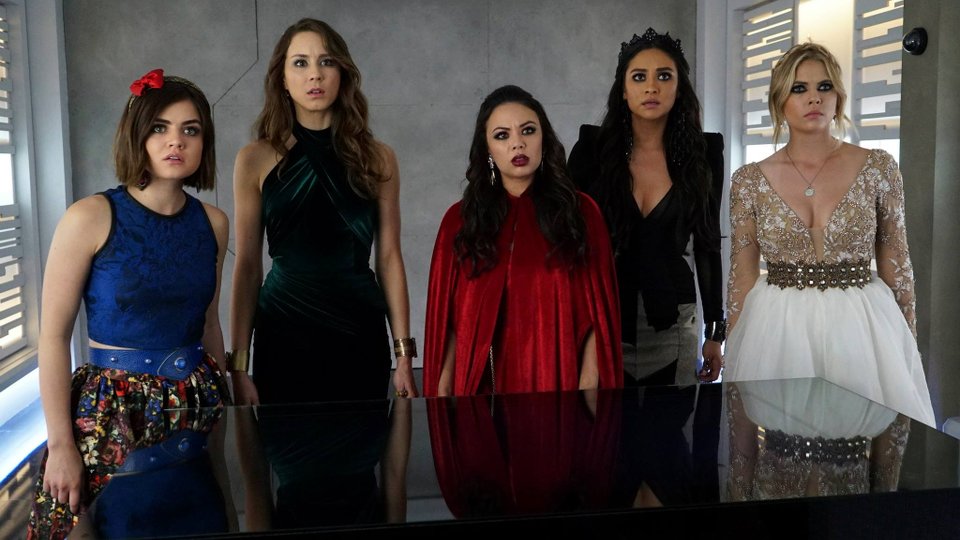 Pretty Little Liars will unmask Charles / A in the next episode and fans can’t wait for the big reveal.

It’s been 6 long years since Pretty Little Liars first appeared on our screens and the show has become well-known for weaving tangled webs. There have been so many red herrings that fans are still not convinced they’ll find out A’s identity in the mid-season finale.

On the latest episode of the show the girls sneaked into their own prom when they realised that Alison (Sasha Pieterse) was in contact with Charles. The episode ended with Ali being kidnapped and finally seeing Charles in the flesh.

The mid-season finale is Game Over, Charles. Who killed Toby’s (Keegan Allen) mother? Who hit Alison in the head with the rock the night she went missing? Who is Red Coat? Who killed Bethany? Who is the Black Widow? Why has ‘A’ been targeting the PLLs all this time? After years of torture, Alison, Aria (Lucy Hale), Emily (Shay Mitchell), Hanna (Ashley Benson) and Spencer (Troian Bellisario) finally come face-to-face with their tormentor and learn the story of how and why Charles became “A.”