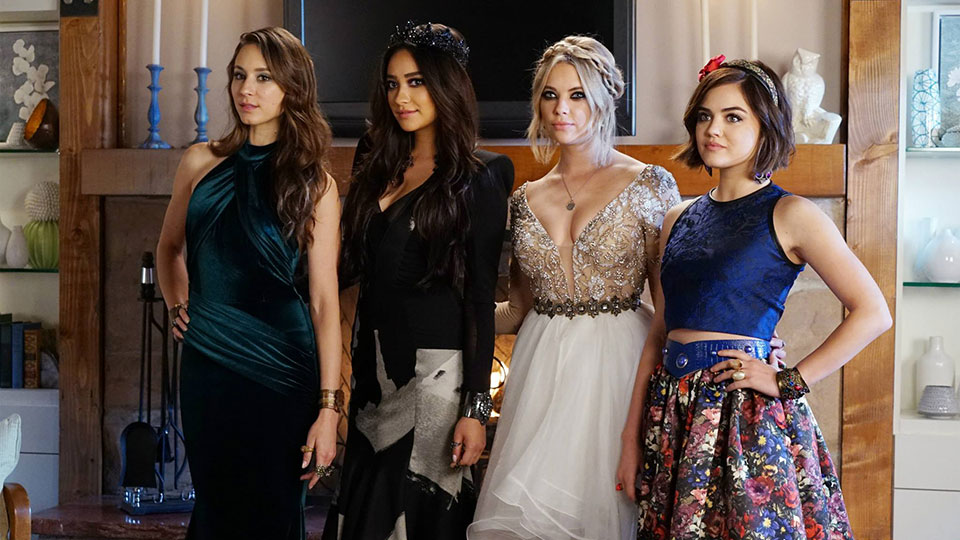 Two episodes left until we get to find out who A is on Pretty Little Liars!

Forgive us if we remain a little sceptical but it does look like we will find out as promised. Whether or not it’s the full answers we’ve been waiting for remains to be seen.

On the latest episode of the show Aria (Lucy Hale) was targeted by A at her gallery exhibition. Her photographs were swapped out for pictures of the liars taken during their time in the bunker. A left a coded message for Tanner (Roma Maffia) and Spencer (Troian Bellisario), Emily (Shay Mitchell) and Hanna (Ashley Benson) followed the Carissimi Group’s Rhys Matthews (Caleb Lane) to an abandoned doll factory where they saw Clark (Titus Makin Jr) seemingly meeting him.

Elsewhere Ali (Sasha Pieterse) stole Lorenzo’s (Travis Winfrey) police ID and made her way into Rosewood PD where she was caught by Tanner. Her actions meant that Lorenzo faced disciplinary action and he was understandably furious.

The next episode of the season is Last Dance. It is prom time at Rosewood High, except for Alison, Aria, Emily, Hanna and Spencer who have been banned due to “security” concerns. As the girls see this as the final humiliating blow to their high school careers the girls’ mothers try to make the best of a bad situation by offering a home prom in Spencer’s barn.