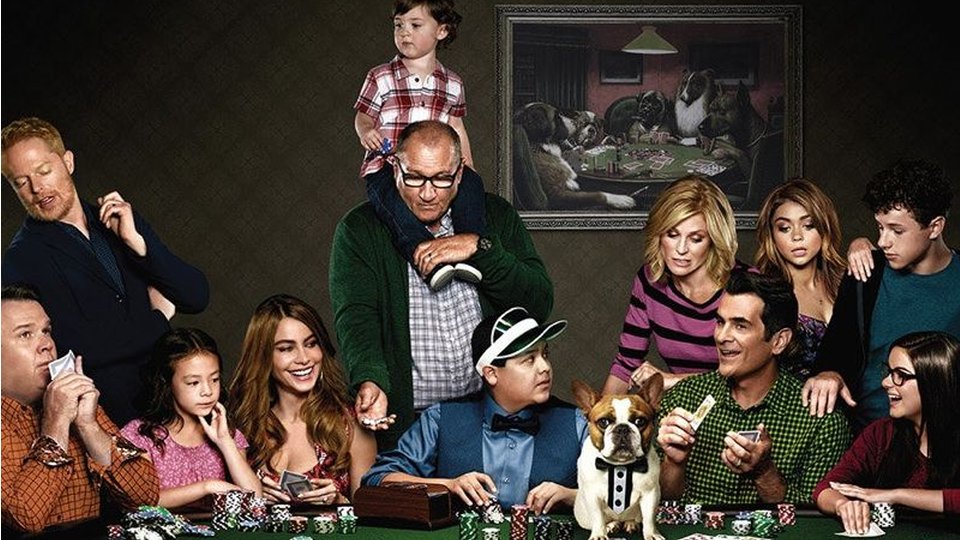 Modern Family: The Complete Sixth Season will be released on DVD on 14th September 2015.

After Cam and Mitch’s dramatic nuptials at the end of Season Five, all is suspiciously calm in the Dunphy and Pritchett households at the beginning of Season Six. The idyllic summer cannot last, however, as Alex returns from a humanitarian trip, bringing chaos with her and Manny raises eyebrows with an older woman on his arm.

Neighbourhood shenanigans continue when The Dunphys have to temporarily leave their house while it gets treated for mould and move into a one bedroom cramped hotel, and later declare all-out war on their obnoxious new neighbours when a boat appears on the front lawn. Haley celebrates her 21st birthday and begins spending a lot of time with Jay and Gloria’s babysitter Andy (Adam DeVine), leaving Phil and Claire wondering if they should be happy or concerned…but they soon learn that things are not as they appear.