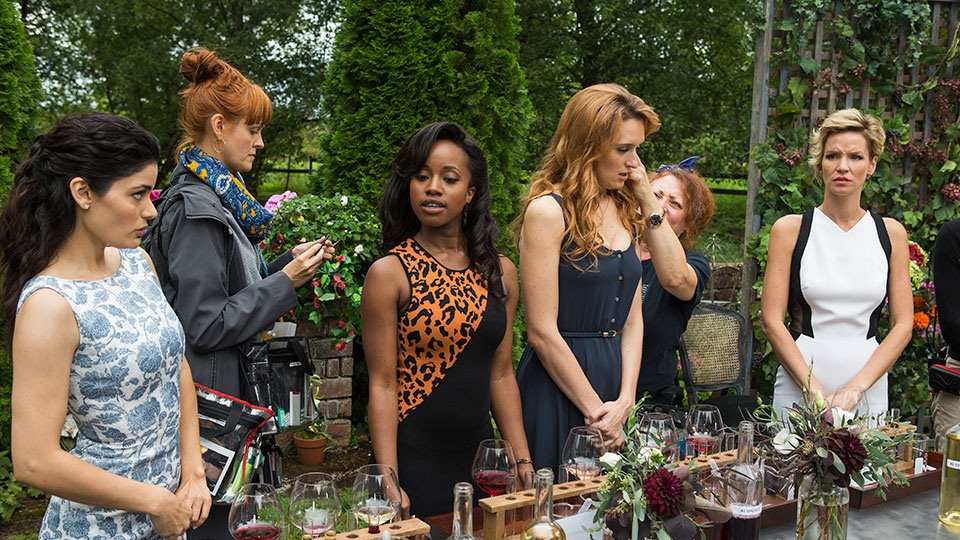 UnREAL continues tonight and we’ve got a feeling that the drama is going to get a whole lot bitchier in tonight’s instalment.

Last week’s episode saw Quinn (Constance Zimmer) pushing all the right buttons to get Rachel (Shiri Appleby) to do what she wanted. The end result saw Rachel target Anna (Johanna Braddy) again using her eating disorder as fuel to cause a row with the other girls on Everlasting.

We’ve got two sneak peek clips for you to watch ahead of tonight’s show. The first clip finds Adam (Freddie Stroma) trying to convince Rachel to use a location and the second clip sees Rachel trying to deal with a bunch of angry Everlasting contestants when they find out that Adam has a secret.

The next episode of the season is Wife. The girls are in an uproar when a tabloid story exposes some news about Adam’s past. Meanwhile, Quinn revisits an old relationship and Jeremy is grateful to Rachel.

UnREAL is on Tuesdays at 10pm on Lifetime. Catch up on the first three episodes in UnREAL Uninterrupted on Sunday 2 August at 9pm on Lifetime, commercial free. Watch the two clips below: