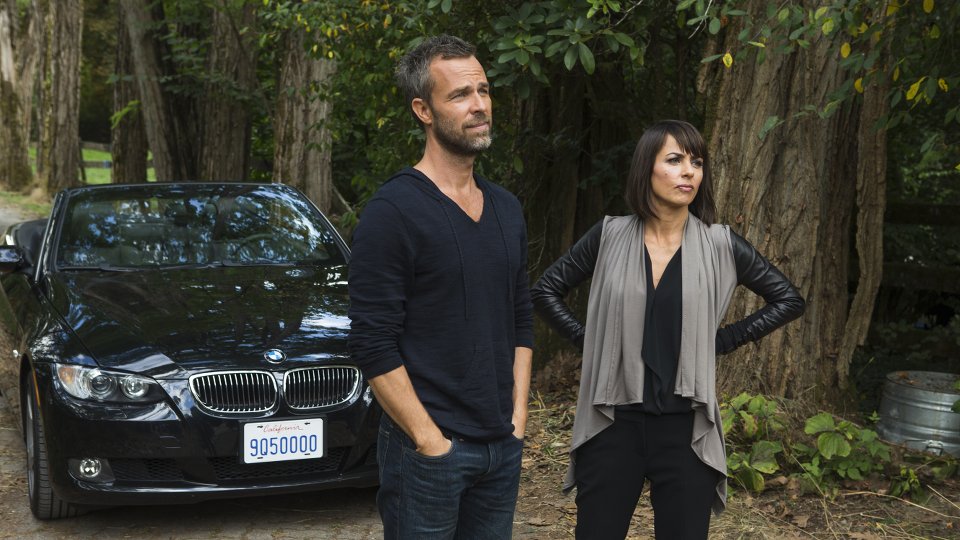 UnREAL got even more manipulative during its latest episode and left us with our jaws firmly onthe floor.

Shia (Aline Elasmar) realised she had to be as pushy as Rachel (Shiri Appleby) if she wanted one of her girls to win Everlasting. She set her sights on Maya (Natasha Wilson) and encouraged her to get drunk in order to impress Adam’s (Freddie Stroma) friend Roger (Tom Brittney). Things went horribly wrong when Maya went for some alone time with Roger and was found in tears by Rachel who believed she’d been sexually assaulted.

Elsewhere in the episode Rachel paid a visit to her parents to ask for financial support, Jeremy (Josh Kelly) was fuming over the leak of Rachel’s private letter to him, and Quinn (Constance Zimmer) accompanied Chet (Craig Bierko) to hospital following a heart attack scare to find out that his wife knew all about their affair.

The most shocking moment was left for the end went Quinn aggressively confronted Rachel and told her to up her game and give her a good show. That led to Rachel targeting Anna (Johanna Braddy) again whom she told had been called fat by a fellow contestant leading to a violent confrontation for the cameras.

The next episode of the season is Wife. The girls are in an uproar when a tabloid story exposes some news about Adam’s past. Meanwhile, Quinn revisits an old relationship and Jeremy is grateful to Rachel.