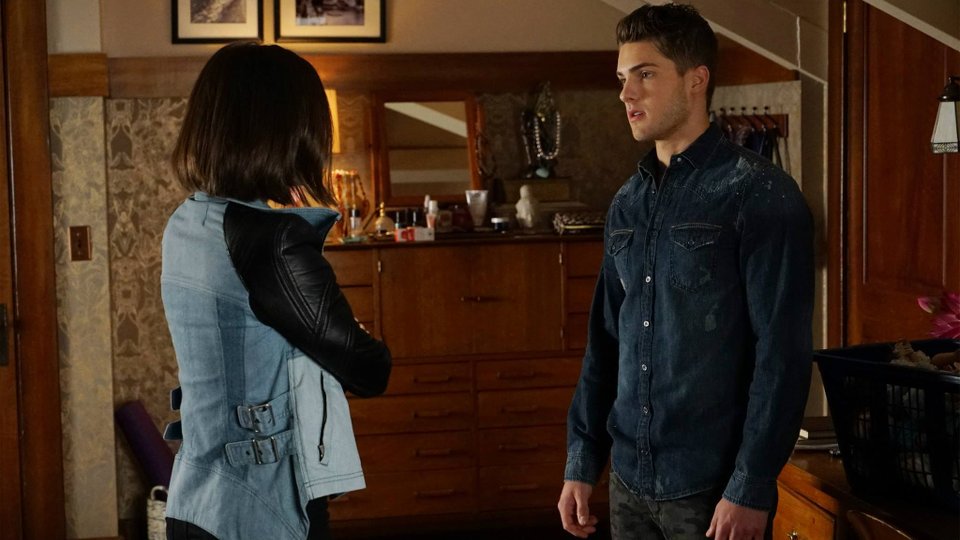 Pretty Little Liars continues this week as we get ever closer to finding out who ‘A’ and Charles really is.

On the latest episode of the show Aria (Lucy Hale), Hanna (Ashley Benson) and Spencer (Troian Bellisario) discovered that Charles wasn’t dead after all and that his death had been faked. They also found out that he escaped from Radley the same night that Bethany Young did.

Elsewhere in the episode Emily (Shay Mitchell) and Sara (Dre Davis) kissed, Kenneth DiLaurentis (Jim Abele) was sent a birthday card from Charles, and the theory that Lesli (Elizabeth McLaughlin) might be ‘A’ proved to be wrong.

The next episode of the season is O Brother, Where Are Thou. Charles declares he is coming home for his birthday. Meanwhile, Mona (Janel Parrish) is shutting Mike (Cody Christian) out and Hanna gets an unwelcome surprise.

Tune in to ABC Family on Tuesday at 8/7c in the US and Netflix on Wedesday in the UK. Preview the episode with our gallery below: