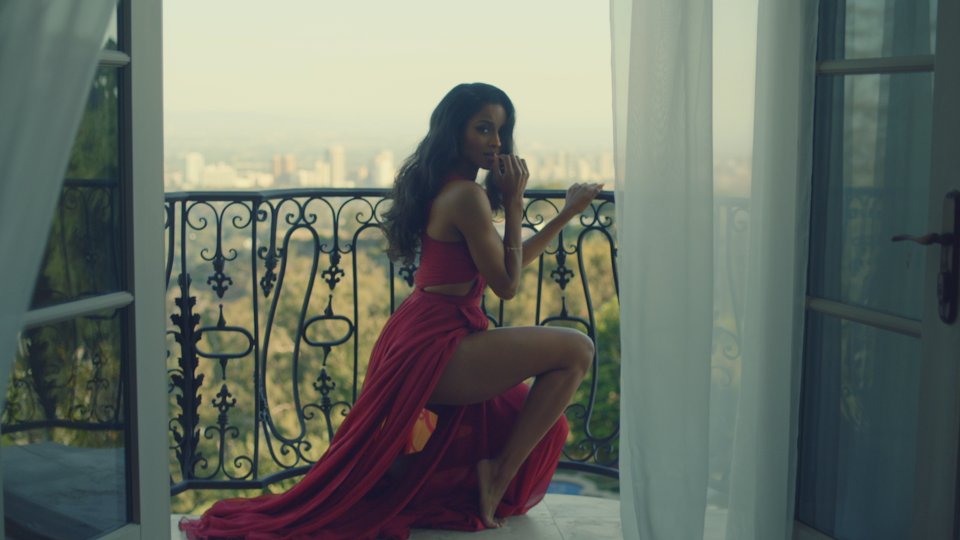 The video made its world premiere earlier this week on the Sony Jumbotron in Times Square, New York City in association with VEVO. Directed by Dave Meyers, the video for Dance Like We’re Making Love sees Ciara dancing with a male partner, looking very seductive dancing on a pool, and performing in a gorgeous dress on a balcony.

Dance Like We’re Making Love is produced by Dr. Luke and is the second single to be taken from Ciara’s latest album Jackie.

Ciara recently performed at Wireless Festival in London and this week she returned to the US to sing the National Anthem at the MLB All-Star Game, while also presenting at both the ESPY Awards and Kids’ Choice Sports Awards.

Watch the smoking hot video for Dance Like We’re Making Love below: