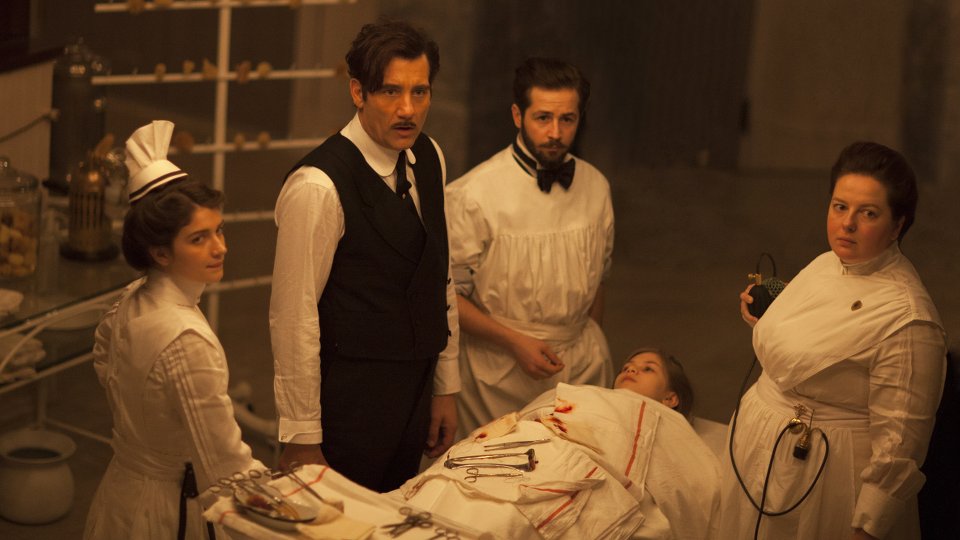 The Knick: The Complete First Season is being released on Blu-ray and DVD on 17th August 2015.

The series aired on Sky Atlantic in the UK and is from executive producer Steven Soderbergh, who directed all 10 episodes of the season. Clive Owen leads an all-star cast in the critically-acclaimed show.

The Knick follows brilliant surgeon John Thackery (Clive Owen) who pushes the boundaries of medicine, morality and race relations at a New York City hospital at the turn of the 20th Century, known as The Knick. The series broke Cinemax viewing records, becoming the most watched first season of any Cinemax Original Series.

In The Knick, while Dr. Thackery searches to solve a plethora of medical mysteries and develops an unhealthy addiction to cocaine, which was legal at the time, the fate of The Knickerbocker Hospital hangs in the balance. Thanks to the influence of rich patrons like Cornelia Robertson (Juliet Rylance) Thackery is paired against his will with a young black doctor, Algernon Edwards (André Holland), whose intelligence and at-all-costs methods rivals Thackery’s, and who is hired over Thackery’s protégé, Dr. Everett Gallinger (Eric Johnson). Other supporters of Thackery at the hospital include Dr. “Bertie” Chickering Jr. (Michael Angarano), a young surgeon secretly in love with nurse Lucy Elkins (Eve Hewson), who is drawn to Thackery; Sister Harriet (Cara Seymour), who runs the foundling hospital and maternity ward; Herman Barrow (Jeremy Bobb), the Knick’s crooked superintendent, awash in debt and willing to risk The Knick’s future to pay it off; and Tom Cleary (Chris Sullivan), the ambulance driver who will stoop to the lowest depths to bring the right kind of patients to The Knick.

Take a look at the boxart for the release below:

In this article:The Knick