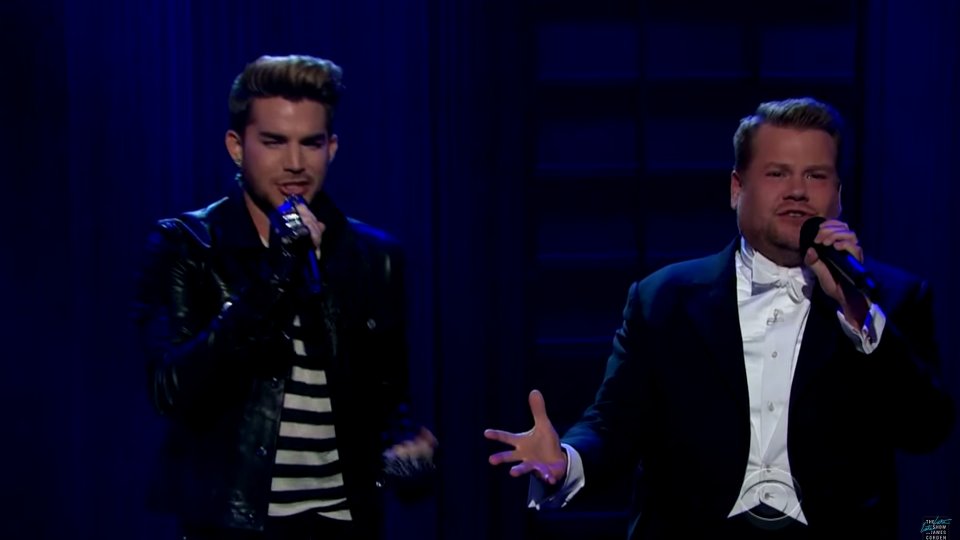 During the show Adam performed a hilarious parody of Queen classic We Are The Champions as an emotional Corden looked on. The lyrics were changed to suit the occasion with Adam singing, “He is James Corden, my friends, and he’ll host ‘Late Late Show’ ’til the end.”

After Adam’s performance, Corden joined the singer on stage for an encore performance. The performance was well-received by the studio audience and has created a buzz online following its airing last night.

Adam returned to perform his single Ghost Town later in the episode, the lead single from his critically-acclaimed third studio album The Original High.

You can watch both performances below: