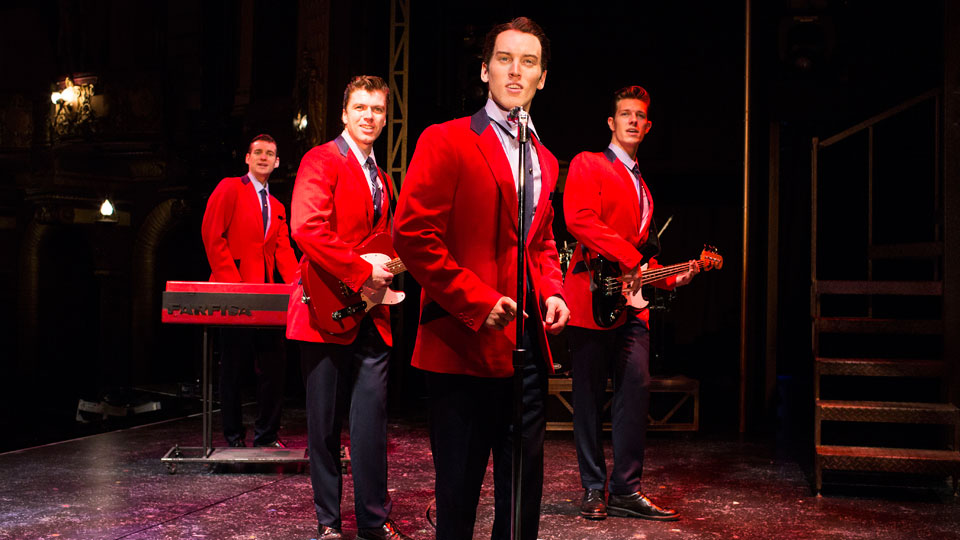 Sam Ferriday as Bob Gaudio, Lewis Griffiths as Nick Massi and Stephen Webb as Tommy DeVito will continue in their roles. Michael Pickering will join the cast to play the role of Frankie Valli at certain performances.

Jersey Boys is the remarkable true story of Frankie Valli and the Four Seasons and their rise to stardom from the wrong side of the tracks. These four boys from New Jersey became one of the most successful bands in pop history, were inducted into the Rock & Roll Hall of Fame and sold 100 million records worldwide, all before they turned 30. The show is packed with their hits, including Beggin’, Sherry, Walk Like A Man, December, 1963 (Oh What a Night), Big Girls Don’t Cry, My Eyes Adored You, Let’s Hang On (To What We’ve Got), Bye Bye Baby, Can’t Take My Eyes Off You, Working My Way Back to You, Fallen Angel, Rag Doll and Who Loves You.

In this article:Jersey Boys, Matt Corner