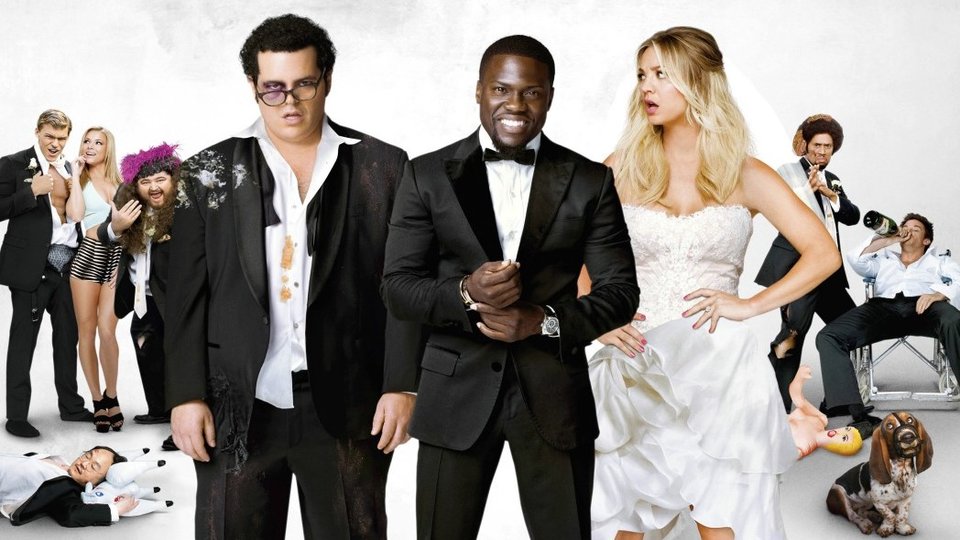 Hapless good-guy Doug Harris (Josh Gad) is in need of a best man. Enter Jimmy Callahan (Kevin Hart), a professional for hire who will pretend to be your friend for a price. When Jimmy learns that Doug not only needs a best man but an entire set of groomsman, he gets to work finding a rag-tag group of misfits to masquerade as Doug’s friends at short notice.

With more than a passing resemblance to the plot of I Love You Man, hilarity must surely ensue – at least that’s what the makers of The Wedding Ringer hoped would happen. It does raise a few belly laughs but ultimately this is a by-the-numbers comedy which offers nothing truly memorable. The Wedding Ringer finds genuine comedy hard to come by and rests on the laurels of loud and crass gags. Don’t get me wrong, sometimes these work a treat – but it much needed more heart to be a comedy classic.

Speaking of heart, Kevin (Hart) is undoubtedly one of the best new comedians on the movie trail right now. I use the term ‘new’ loosely as he has actually been around for years and his stand-up shows have frequently left me in tears of laughter. He’s now becoming a bankable star internationally and it’s great to see but his movies haven’t really showcased what makes Hart such a clever and relevant comedian. Perhaps as his movie presence grows, so will the calibre of material offered to him.

Josh Gad is no stranger to success having provided the voice for Olaf in Disney’s Frozen. Appearing as perennial support in lots of movies, Gad is finally given a starring role and he, much like Hart, tackles the lead with suitable aplomb. Both Gad and Hart are much better than the material laid in front of them but both do exceptionally well to lead the movie through a sea of obvious gags and plot-turns. They share a great chemistry and I’d love to see them work together again.

The supporting cast are all present and accounted for. Jorge Garcia is entertaining (and even has a great Lost joke thrown into the mix) but The Big Bang Theory’s Kaley Cuoco-Sweeting is utterly wasted. Alan Ritchson actually steals the show with some hilarious physical comedy. But ultimately The Wedding Ringer suffers from just a bit too much gross-out humour to really make you care about anyone or anything.

Hoping to be more like Bachelor Party or I Love You Man, The Wedding Ringer is actually more like one of the straight-to-DVD American Pie sequels. There’s comedy to be found but not nearly enough, especially given the talent involved. The Wedding Planner is watchable and will provide a night’s entertainment but it’s instantly forgettable and should have tried a lot harder.