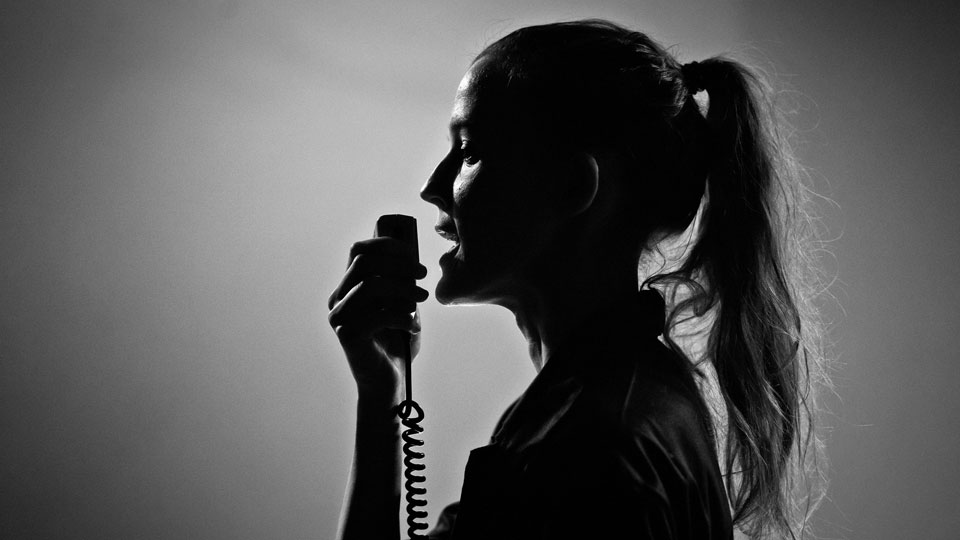 An all-female cast for Shakespeare’s patriotic tale of a famous English victory against her oldest of enemies – the French – receives a welcome twist in this production of Henry V at the Union Theatre.

The gender-reversal doesn’t jar, but invites an investigation of the themes through fresh eyes. Part of the seamlessness of the transition into a female world lies in Colette O’Rourke’s lead performance, which is solid and grounded, finding its own truth without recourse to exaggerated ideas of gender identity. There is a restraint to her Henry V – subtler than the usual rabble-rousing shouting, but retaining the aggression and moral ambiguity of an outright warmonger.

This version follows the British as they leave their own shores to embark on war against France. Their campaign is against an enemy that is muted and, save for the Ambassador who conveys messages from the French royal family, invisible. Even the Ambassador is dehumanised behind a clown’s mask. Extreme? Possibly, but well within the context and world of the play. It’s worth remembering that half a millennium after the events of Henry V, the good people of Hartlepool hung a monkey, mistaking the beleagured animal for a French spy, so we’re willing to go along with a scary mask. French words and names are similarly Anglicanised, and the remove of the opponents in war is both unsettling and provocative.

The performances are generally solid, and the actors form a cohesive unit. Besides O’Rourke’s lead, RJ Seeley is a standout as Shakespeare’s token Welshman, Fluellen. In a play with generally dark themes of conquest and death, Fluellen is much-needed comic relief, and Seeley is superb, playing it with an effective lightness of touch and great humour. On the downside, the doubling-up of parts and the uniform boiler suits makes it difficult, unless you know the play intimately, to distinguish secondary characters.

Henry V is as visually stylish as you would expect from a Lazarus production, and from director Ricky Dukes’ characteristic re-imaginings of the classics. This concentrated, stylised Shakespeare heightens the intensity of the piece and the power of the words, but that very quality seems at times to work against the tennis metaphor – established by the Dauphin’s mocking gift to Henry of tennis balls and the real tennis court design of the stage – which suggests sport as a substitute for war and patriotism. The sedateness of some of the scenes, played with uncut soliloquies, instead hints at war as primarily an intellectual pursuit, but it leaves the actors and the language doing much of the work. At times the approach is powerful, especially when O’Rourke delivers the best-known speeches, but at other times the wordiness feels ponderous.

This Henry V is well-worth seeing because it succeeds in saying something new about a piece that is generally revived for wearisomely feel-good patriotic events (the Golden Jubilee, for example), and its unsettlingly single-minded and feminine focus on the English camp significantly freshens the piece. On the downside, the intensity proves both a blessing and a curse.