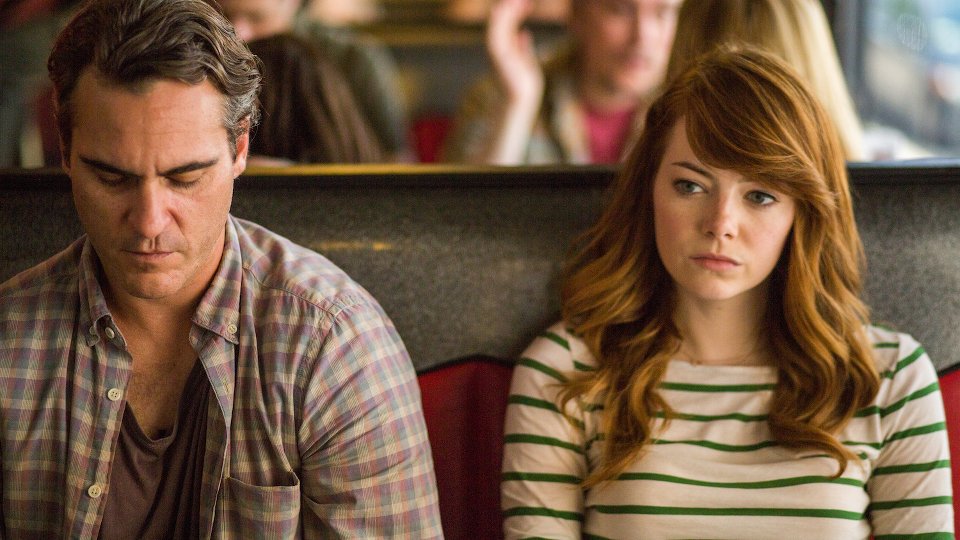 The film is about a tormented philosophy professor who finds a will to live when he commits an existential act. Philosophy professor Abe Lucas (Joaquin Phoenix) is at rock bottom emotionally, unable to find any meaning or joy in life. Abe feels that everything he’s tried to do, from political activism to teaching, hasn’t made any difference.

Soon after arriving to teach at a small town college, Abe gets involved with two women: Rita Richards (Parker Posey), a lonely professor who wants him to rescue her from her unhappy marriage; and Jill Pollard (Emma Stone), his best student, who becomes his closest friend. While Jill loves her boyfriend Roy (Jamie Blackley), she finds Abe’s tortured, artistic personality and exotic past irresistible. Even as Abe displays signs of mental imbalance, Jill’s fascination with him only grows. Still, when she tries to make their relationship a romantic one, he rebuffs her.

Pure chance changes everything when Abe and Jill overhear a stranger’s conversation and become drawn in.

Once Abe makes a profound choice, he is able to embrace life to the fullest again. But his decision sets off a chain of events that will affect him, Jill and Rita forever.

Irrational Man is released in UK cinemas on 11th September 2015.