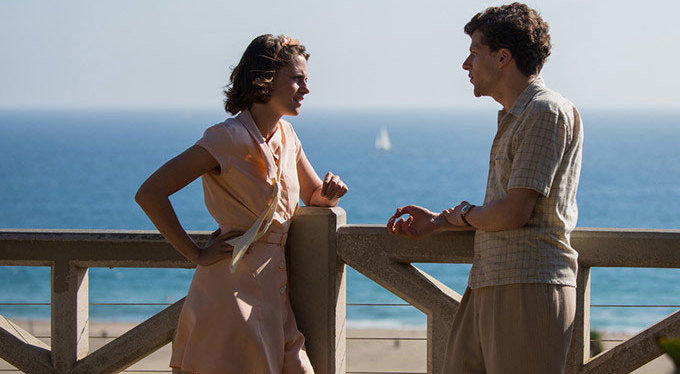 Check out our review of Cafe Society

Set in the 1930s, Woody Allen’s bittersweet romance Café Society follows Bronx-born Bobby Dorfman (Jesse Eisenberg) to Hollywood, where he falls in love, and back to New York, where he is swept up in the vibrant world of high society nightclub life.

Centering on events in the lives of Bobby’s colourful Bronx family, the film is a glittering valentine to the movie stars, socialites, playboys, debutantes, politicians, and gangsters who epitomised the excitement and glamour of the age.

Poignant, and often hilarious, Café Society, a film with a novel’s sweep, takes us on a journey from pastel-clad dealmakers in plush Hollywood mansions, to the quarrels and tribulations of a humble Bronx family, to the rough-and-tumble violence of New York gangsters, to the sparkling surfaces and secret scandals of Manhattan high life.

With Café Society, Woody Allen conjures up a 1930s world that has passed to tell a deeply romantic tale of dreams that never die.

For your chance to win, just answer the question below: