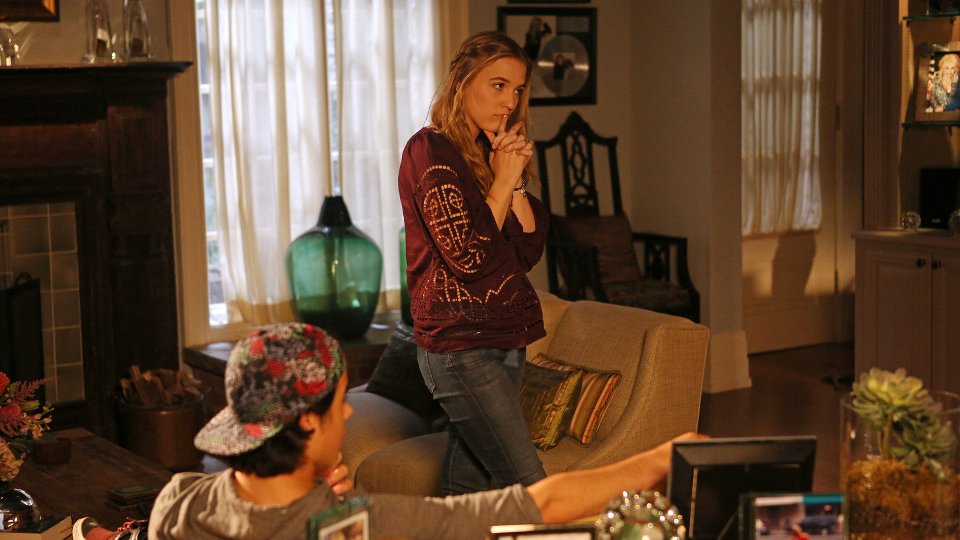 Rayna (Connie Britton) and Luke (Will Chase) found that the path to true love never runs smoothly when there’s two big egos in the way on the latest episode of Nashville.

The country superstars experience tension in their relationship when Rayna received more nominations than Luke at the CMAs and they discovered they would be competing against one another. The nominations also caused more issues between Will (Chris Carmack) and Layla (Aubrey Peeples) whose relationship is already beyond repair.

Elsewhere in the episode Juliette (Hayden Panettiere) was ordered to stop touring after finding out she had a condition that could affect her unborn child, Gunnar (Sam Palladio) pushed to spend time with his son, Maddie (Lennon Stella) threw a house party leading Daphne (Maisy Stella) to call the police when she couldn’t reach Teddy (Eric Close), and Juliette finally told the world that she was pregnant.

The next episode of the season is I’m Coming Home to You. Rayna agrees to be shadowed by a reporter during a busy weekend. Will and Layla brace themselves for their reality show’s premiere.