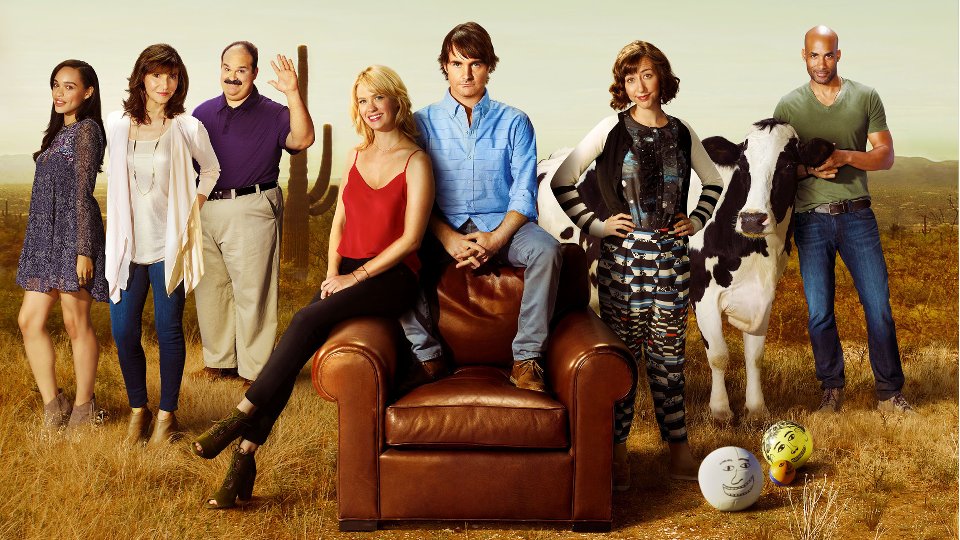 The Last Man on Earth has found a UK home and will air on Dave from August.

Starring Will Forte (Saturday Night Live, 30 Rock) and January Jones (Mad Men), the critically-acclaimed series, set in 2020, follows the comic consequences of Phil Miller (Forte) as he discovers he’s the only human left on Earth when a deadly virus wiped out the population.

After a while of talking to various sports balls and doing what any man would do as The Last Man on Earth, loneliness takes hold. Just before he’s about to end it all his prayers are answered and he meets a female companion Carol (Kristen Schaal, Flight of the Conchords). Phil ends up meeting a couple of other last surviving humans in a series of hilariously tragic circumstances throughout the series including Todd (Mel Rodriguez, Better Call Saul) and Melissa (Jones).

Steve North, General Manager for Dave says, “It’s fantastic to have such a great show coming to Dave, there has been so much hype surrounding it in the US. The witty humour and inventive storylines makes The Last Man on Earth a perfect fit for the channel, as we continue to grow our slate of US scripted comedy.”

Catherine Mackin, UKTV’s Director of Acquisitions adds, “We are delighted that The Last Man on Earth is Dave’s first US studio comedy with Twentieth Century Fox Television Distribution. Our evolving relationship with the studio means we continue to deliver brand-defining shows for our network.”

The Last Man on Earth will kick off on Dave this August.

Advertisement. Scroll to continue reading.
In this article:The Last Man on Earth