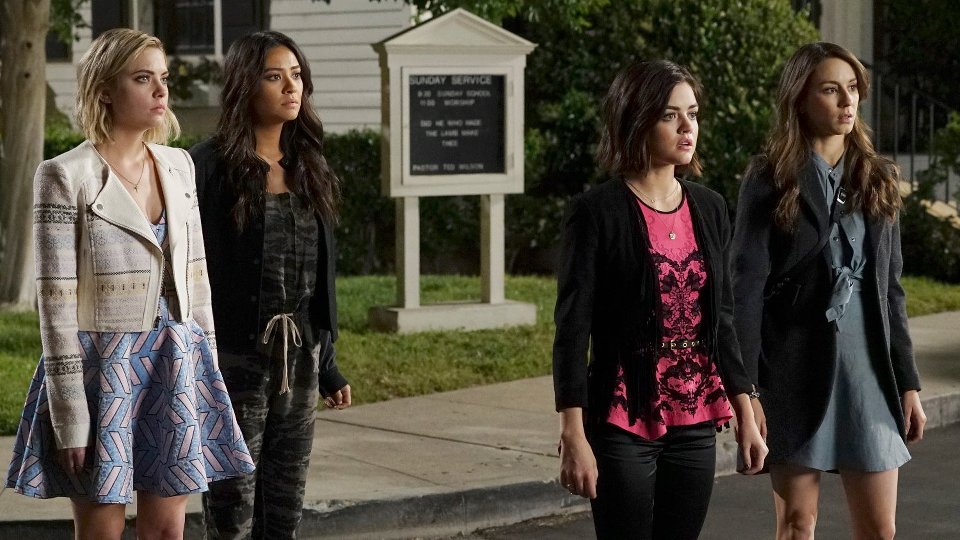 Pretty Little Liars has wasted no time when it comes to delivering answers with its latest season.

We’ve been promised the #SummerOfAnswers and so far the show seems to be holding up its end of the bargain. There’s still a lot more to be revealed but we’re happy with the pace so far. The latest episode saw Aria (Lucy Hale), Spencer (Troian Bellisario), Emily (Shay Mitchell) and Hanna (Ashley Benson) trying to get their lives back together now they’re free from Charles’ bunker.

Sara (Dre Davis) also struggled with the reality of being free from Charles and appealed to Emily for help. Is she hiding a bigger secret than we know? We’re sure she probably is.

Ahead of the next episode of the season Songs of Experience, three sneak peek clips have been released to get you excited. Watch them all below:

Spencer and Emily talk about Sara

Aria has a heart-to-heart with Ezra

Alison gets her flirt on