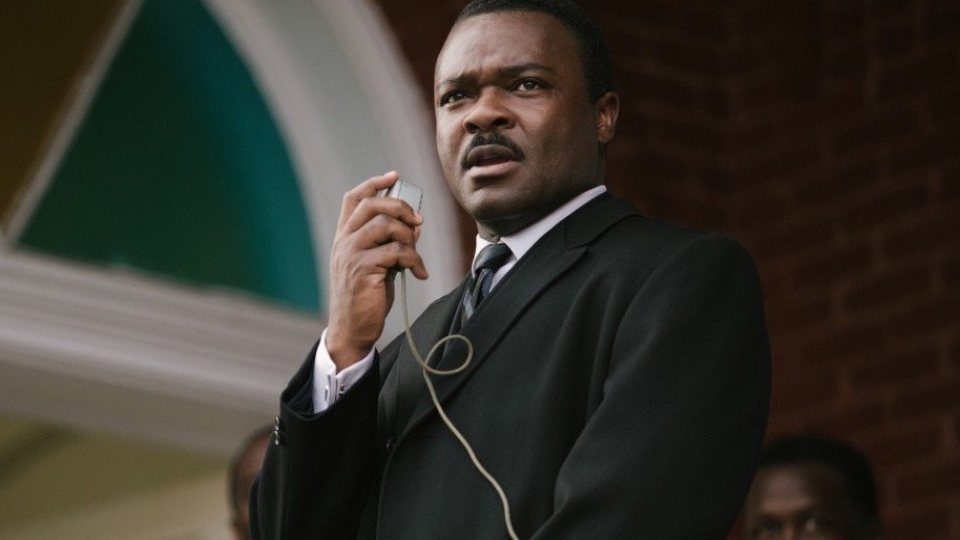 With President Lyndon B. Johnson stalling on granting crucial aid to help people vote unharmed and without fear of repercussions, Dr. Martin Luther King, Jr (David Oyelowo) decides to stage marches to rally support and force the change. Planning to peacefully march from Selma through to Montgomery, Alabama, Luther King Jr faces his most daunting task yet. With political and racial tensions at a boiling point, these actions would prove to become one of the defining moments of the last century.

The remarkable life of Dr. Martin Luther King, Jr cannot be contained in just one movie so writer Paul Webb instead focuses on the historic and pivotal voting rights marches that took place from Selma to Montgomery, Alabama. It’s an important setting and one that hasn’t been explored very often in big-budget cinema so Selma gives its audience a very informative account of the social, political and racial climate at the time.

David Oyelowo is simply sensational as Dr. Martin Luther King, Jr. Quite how he didn’t get an Oscar nomination is beyond me – it’s a stunning portrayal that perfectly mirrors King’s mannerisms, dialect and calm serenity. Oyelowo easily hands in a career-best performance here and deserves plenty of praise for leading the film with such strong integrity.

The film also features stellar support from the likes of Carmen Ejogo, Common and Oprah Winfrey. The Wire favourite Wendell Pierce is excellent as Rev. Hosea Williams and Trai Byers gives the film a good inner conflict as James Forman, a young man with widely different ideas on how to achieve success in their plight. Tom Wilkinson is solid as President Lyndon B. Johnson with Giovanni Ribisi stealing his scenes as his aide Lee White. Tim Roth hands in a magnetic performance as bigoted governor George Wallace.

Heartbreaking, informative and surprisingly relevant (even in this day and age), Selma is powerful cinema with an important central message. Criminally under-looked at awards-season, especially David Oyelowo’s affecting portrayal of King, the film deserves a lot more fanfare and praise. Selma is a sobering and essential movie that deserves a big audience.