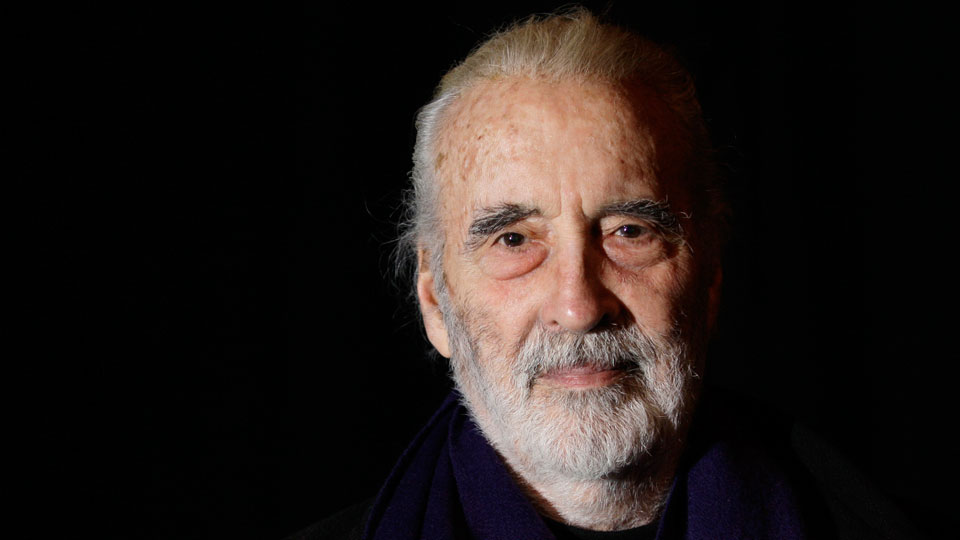 The actor Christopher Lee, who was knighted by the British government in 2009, has died at the age of 93.

Lee carved out a hugely successful movie career, mostly using his tall, slim, saturnine, handsome, yet severe good looks to play villainous parts. Most memorably he was, alongside Peter Cushing, one of the stalwarts of the Hammer Horror film franchise, and for many he remains the definitive big-screen Dracula, having played the vampire over half a dozen times for the studio.

Lee also lent his talents to several other major film franchises. He sparred with Roger Moore’s James Bond in The Man With The Golden Gun, playing the title part, and his Scaramanga, with a distinctive third nipple, is a memorable Bond baddie. He also scowled demonically in the new Star Wars films, as well as in Peter Jackson’s The Lord of the Rings and The Hobbit trilogies.

Looking back over his six-decade plus career, Lee would often cite The Wicker Man as the film he was most proud to be involved in, and it’s easy to see why. The creepy British movie about paganism on a remote Scottish island is a classic, and sees Lee facing off against Edward Woodward, and even in drag at one point. Lee’s Lord Summerisle, once seen, is never forgotten.

Lee had a second career in music, and had aspirations to be an opera singer, an ambition somewhat unfulfilled. What was classical music’s loss was cinema’s gain.

We would like to extend our condolences to Christopher Lee’s family and friends.

In this article:Christopher Lee, Obituary