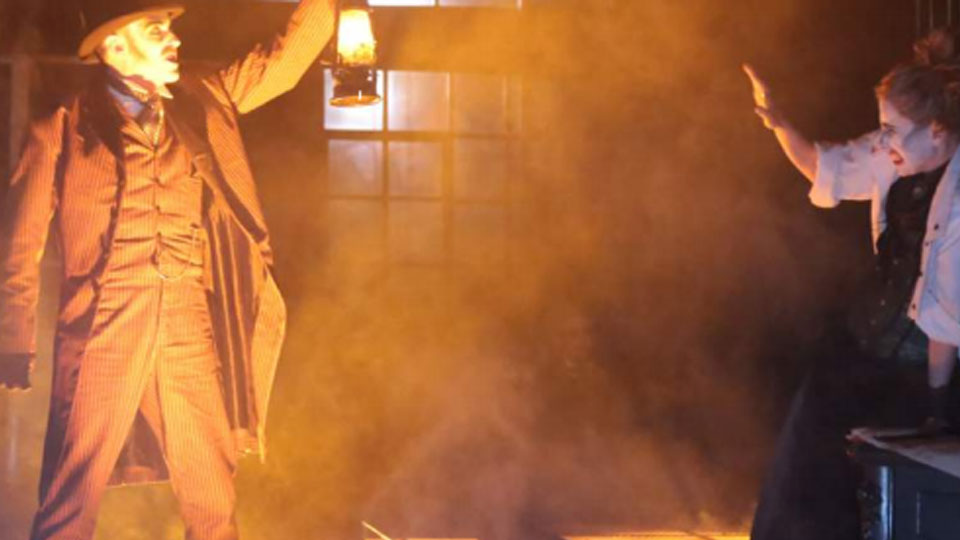 Dr Jekyll is here cast as a fascinating and dangerous female scientist, who comes to England from the Balkans. Clearly tormented by unspeakable horrors in her past (resonances of Balkan conflicts and ethnic cleansing), she conducts bizarre scientific experiments as she seeks safety by becoming a man. Using her own body as her laboratory, physical self; harming mirrors the psychological damage she has endured. This Jekyll tears out the heart of the issues it explores – gender, power, identity, self, freedom and individuality.

Red Shift and Chung Ying’s innovative cultural exchange (four UK actors and two from Hong Kong) has enabled collaboration between an extraordinary team of established theatre-makers, encouraging them to bring their visceral energy and innovative creativity to Jekyll & Hyde.

In this article:Jekyll and Hyde