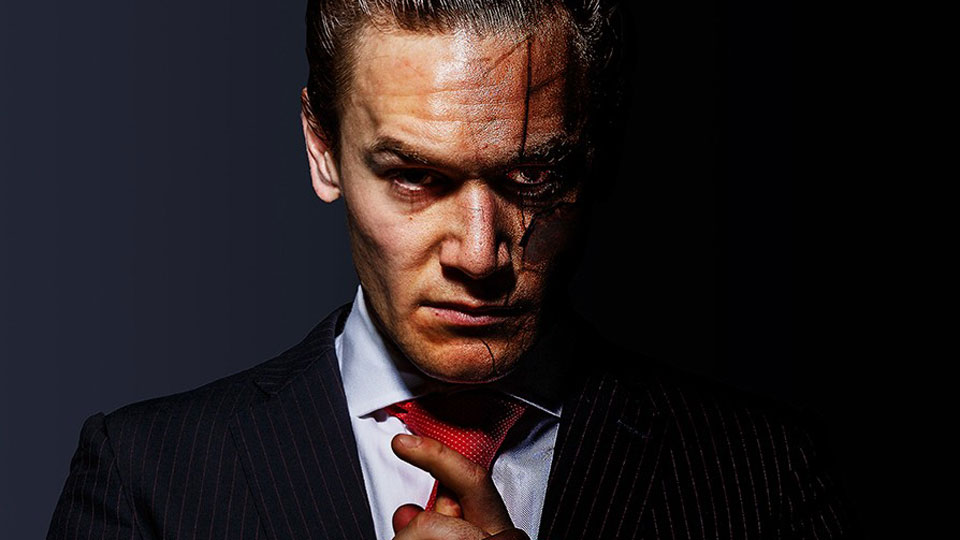 Sell A Door Theatre’s production of Jekyll and Hyde opens at Greenwich Theatre on Wednesday 11th February 2015 prior to a 33-date UK Tour.

I welcome you, Edward Hyde. Welcome you with all my heart. For you are myself. And we can take our place in this evil world.

Set in an alternative London of the future that is consumed by the quest for immortality, Dr. Henry Jekyll is a high-profile cancer specialist, determined to find a cure for mankind’s greatest medical challenge. In his obsession to be the doctor that makes this historic breakthrough, Jekyll’s radical research results in the creation of an unintentional strain of drug which entirely alters the patient’s personality.

Making himself the subject of his own experiments, Jekyll steps into the unknown and unleashes his inner demons. Trapped in a corporate world, Dr. Jekyll must choose to keep hold of his own identity as he revels in the freedom and chaos of his hideous alter ego: Mr Hyde. But is the choice still in his hands?

Robert Louis Stevenson’s cult classic is reinterpreted in this modern adaptation, set in a steampunk dystopian world where the questionable actions of leaders are no longer held to account, whilst the personal freedoms of the common citizen are disregarded. A vivid depiction of a regressive future, this bold new adaptation is written by Jo Clifford and presented by multi award-winning touring company Sell a Door.

Advertisement. Scroll to continue reading.
In this article:Jekyll and Hyde, Sell A Door Theatre Company