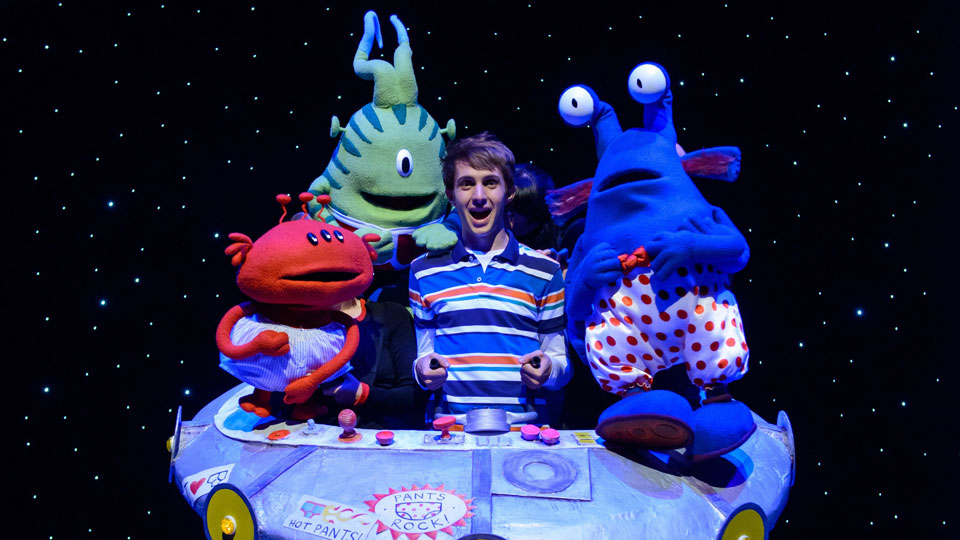 Based on the hugely successful children’s book by Claire Freedman and Ben Cort, the story of the mischievous aliens who come to earth on an important mission to steal everybody’s underpants has stunning effects, madcap action, original music and lots of crazy aliens of course!

This zany and hilarious tale is adapted and directed by Adam Bampton-Smith. Adam Bampton-Smith is the Artistic Director of Big Wooden Horse Theatre Company which he founded in 2004. He has written and produced The Legend of Perseus, Don’t Let the Pigeon Drive the Bus!, The Night Before Christmas and The Life and Adventures of Santa Claus as well as adapting for the stage the Oliver Jeffers books The Way Back Home and STUCK.